You are at:Home»Current in Carmel»Carmel Community»Fiscal, environmental issues inspire Carmel Republican to run for Congress

The seat currently is held by Susan W. Brooks, who announced her retirement in June for a term that will end in 2020. 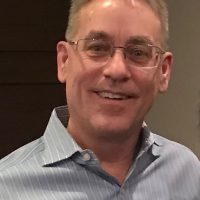 “I am concerned about the fiscal and environmental problems that we are leaving our children and grandchildren,” said Hook said, a Republican. “My experience as a CPA, an attorney and senior partner in a private equity firm give me a broad depth of knowledge with respect to fiscal, legal and business matters that would be useful in dealing with issues facing our country.”

Hook earned a bachelor’s degree in accounting from Indiana University in 1981 and a juris doctorate from the Indiana University in 1989. He worked at KPMH and Ernst & Young in auditing and health care consulting from 1981 to 1988; at Ice Miller in corporate and security law from 1989 to 1994; at HKW, a private equity firm, from 1994 to 2000; and at Centerfield Capital Partners, a private equity firm, as a senior partner from 2001 to 2017.

During his time at CCP, Hook said he invested in low-middle market companies, primarily manufacturing, throughout the U.S. to help them grow.

With a platform focused on finances and economics, Hook said he also cares about climate change and supports an outline, “The Conservative Case for Carbon Dividends,” which proposes a fee on carbon and distributes proceeds from the fee equally to all households.

“It is unfathomable that scientists from NASA, Purdue University and Indiana University, as well as 97 percent of peer-reviewed scientists, agree that humans are causing significant harm to our planet, and yet we are failing to take action to stem the damage,” he said. “While these are big issues and will require sacrifice, these problems are only going to continue to get worse if we don’t address them,” Hook said. “Not only do we owe it to our children, we owe it to ourselves to start fixing these significant issues now while they are still manageable.”

Hook has been married to Jody for 26 years and has lived in the same house in Carmel for the past 24 years. They have four living children, ranging in age from 16 to 25.