For Ryan Ahlwardt, performing came naturally. Since elementary school, he took to the stage, but it was during his time as a student at Hamilton Southeastern High School that he became immersed in choir.

With an impressive résumé and a background of performing worldwide with a cappella group Straight No Chaser, Ahlwardt has recorded a new Christmas album, “Indiana Christmas.” 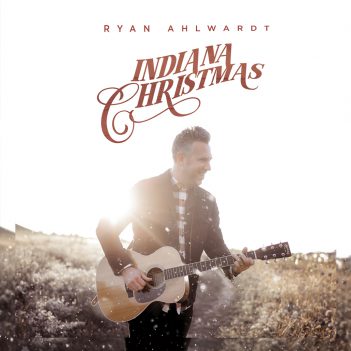 Released last month, “Indiana Christmas” is filled with Ahlwardt’s versions and rearrangements of famous Christmas songs. The title track is an original written by Dan Ponce, founder of Straight No Chaser. Ponce wrote the song in 2008 for the group’s first Christmas album.

“I got Dan’s blessing to record the song for my first solo Christmas album and named the entire project after the song,” Ahlwardt said. “Having called Indiana home for 27 years, I knew ‘Indiana Christmas’ was the perfect name for the album. I wanted the album to sound like how Indiana has always felt to me – home.”

The album has 13 songs. Ahlwardt said his favorites, aside from “Indiana Christmas,” are “Hallelujah/O Holy Night” and a modernized version of “Auld Lang Syne,” which he co-wrote with Noblesville-based producer Matt Mellinger.

As a senior at HSE in 1999, Ahlwardt auditioned for the then-Indiana University-based Straight No Chaser with a few of his choir friends, landing a spot in the group that would gain worldwide attention in December 2007 when a member of the group uploaded a video of their performance of “The 12 Days of Christmas” to an up-and-coming website, YouTube.

“The video became the most shared video of 2007 and caught the attention of Craig Kallman, CEO of Atlantic Records, who quickly signed the group to the label, Ahlwardt said.

“Our first album on Atlantic Records hit No. 1 on iTunes and has sold over 3 million copies to date,” Ahlwardt said. “As part of the professional group from 2008 to 2012, I was able to record an additional five albums, appear on two national PBS specials and the Macy’s Thanksgiving Day Parade, perform on such iconic stages as the Royal Albert Hall in London, Hollywood Bowl in LA, and the Ryman Auditorium in Nashville, and collaborate with such artists as Sara Bareilles, Barry Manilow, Take 6, Phil Collins and Stevie Wonder, to name a few.”

Ahlwardt left the group in 2012 to return to Fishers and lead the local chapter of Young Life, an outreach ministry for teenagers. He served in that position until 2018. Since then, he has worked as a full-time artist and vocalist, expanding his horizons to voice acting, working on projects for the Indianapolis Zoo, the state of Indiana and Eli Lilly, among others. His voice also may be familiar to listeners “Radio Theology,” a weekly show he co-hosts that airs Sunday mornings on 99.5 WZPL.

“Being a creative entrepreneur and small business owner in Fishers gives me the opportunity to provide for my family in one the safest and most vibrant communities in America,” Ahlwardt said. “My personal and creative roots are here in Indiana, and I’m eager to see what the future holds for our family and the city and state we love to call home.”

“Indiana Christmas” is available on Spotify, iTunes, Amazon and other streaming services and also is available in CD at ryansongs.com. 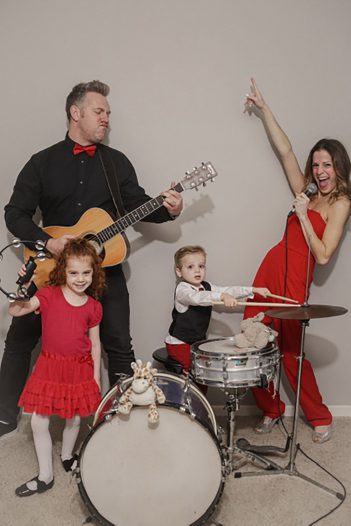 Ahlwardt lives in Fishers with his wife, Lauren, and their two children, Olivia, 5, and Gus, 2. Olivia is featured on “Indiana Christmas” on the song “Go Tell It on the Mountain.” Lauren sings a duet on “Baby It’s Cold Outside.” The two met while singing a cappella at IU. They regularly perform at weddings, parties and corporate events with their seven-piece ’90s cover band, Mixtape.

Ahlwardt graduated from HSE in 1999 and from IU in 2003. He attends Mercy Road Church in Carmel.