You are at:Home»Current in Fishers»Fishers Community»Wimmer leaves mark as Fishers coach

“One of the things that attracted me to the job was the opportunity to hire an entire staff. You don’t get that opportunity a lot of times as a high school coach,” Wimmer said. “It was a chance to start from scratch and be involved at every level.” 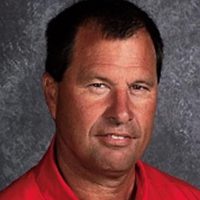 Fishers quickly made an impact, winning the Class 5A state championship in 2010 with a 14-1 record. Wimmer’s teams also won sectional titles in 2012 and 2017 and won four Hoosier Crossroads Conference crowns.

Wimmer, who still teaches physical education, health and nutrition at FHS, isn’t calling it a retirement.

“I don’t think I’m going to be the high school head coach anywhere,” he said. “I’ve done that and enjoyed it. If I have a chance to coach at a position or work in a support role with somebody, I’m going to keep some options open. I’ll stay in football in some capacity if there is an opportunity. If not, I’ve had a good career.”

Wimmer said he told his players he had never coached anywhere else longer than nine years.

“That’s a pretty good indication how I feel about Fishers High School and that it’s a good place to be,” he said.

“But you have to be fired up for the offseason, too,” he said. “We’ve been .500 the last four years. We’ve had some ups and downs. I feel it was a good time to give someone else an opportunity. I think a lot of the program here and want it to do well.”

Wimmer captured a Class 3A state title as the Zionsville coach in 1987. He also coached nine seasons each at Merrillville and Greenwood.

The athletic department released a statement thanking Wimmer for his contributions and passion for football.

The timeline for hiring a new coach is letters of interest/applications/resumes accepted until Jan. 10. Opening round interviews will begin the week of Jan. 13. The final candidate will then need to be approved by the Hamilton Southeastern School Board.