You are at:Home»Current in Fishers»Fishers Community»Fishers to amend beekeeping ordinance

The City of Fishers is going through the process of amending its beekeeping ordinance, which was approved during the summer.

The ordinance comes in the wake of a new state law that overturned bans on beekeeping. Municipalities, however, can adopt rules about how many hives a person can operate on their property. 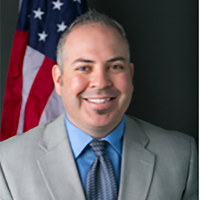 The city is amending its ordinance to make revisions, as Director of Planning and Zoning Tony Bagato said the approved ordinance was not fully compliant with the state law.

“The state law basically says no city can prohibit beekeeping. The only things they are allowed to regulate are the number of hives and location of hives,” Bagato said.

If the ordinance is approved, hives will not be allowed in front yards and must be set back a minimum of 15 feet from the side or back of a property.

The previous ordinance required beekeepers to install fencing around the property. The new ordinance doesn’t require fencing  Bagato said it is “highly recommended.”

If the ordinance passes, Fishers residents won’t need approval from the city operate hives. But Indiana Apiary Regulations must be followed.

Before the state law on beekeeping passed, Fishers didn’t have an ordinance for beekeeping, so Bagato said the city erred on the side that it wasn’t permitted on residential properties.

“We only allowed an agricultural use and other circumstances where the property was zoned for open space,” Bagato said. “Our position was we didn’t have standards for them, so they were prohibited.”

The city will enforce the rules on a complaint basis.

“We are trying to balance a growing community of 100,000 people now, so we are understanding there’s a balance for beekeeping in a highly populated area,” Bagato said. “We are not as rural as we used to be. This is a good balance for people.”

Certain beekeepers can be grandfathered in and not follow the new regulations, specifically those in previously unincorporated areas which are now incorporated into Fishers.

“For example if, Noblesville had authority over zoning (at one point), Noblesville does allow beekeeping, so there’s a chance (the beekeeper) may be grandfathered in,” Bagato said.

The ordinance was scheduled to appear before the Fishers City Council Dec. 16. For more, visit fishers.in.us.