“The Nutcracker” has a special meaning for Alaina Hogan.

“’Nutcracker’ has always been a huge part of my life,” Hogan said. “I’ve done two other different productions of it, so it’s really cool to integrate. Each ‘Nutcracker’ is different, and this one is definitely based on the story and magic of it all. It’s so much fun to perform.” 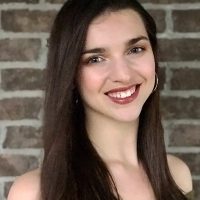 Hogan, a homeschooled senior from Noblesville, plays Clara’s mother and Snow Queen in the two performances. In addition, she will play Russian in one show and Dew Drop in the second show.

“With us having so many roles, it’s exciting to work with everyone,” Hogan said. “It’s such a combined effort. Snow Queen is my favorite. It’s a pas (ballet step) that goes to a solo. I get to do both on stage. I dance with the snow choral as well.”

This is Hogan’s first “Nutcracker” performance with the academy. 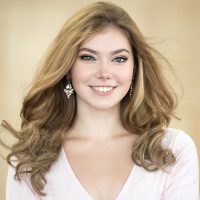 Ella Dyer, an eighth-grader at Carmel’s Clay Middle School, and Claire Smith, a Carmel Middle School seventh-grader, will each perform as Clara in one performance.

Ariana Ortmann, a homeschooled senior from Greenwood, will play several roles, including the Arabian soloist in one performance.

“I like having all the roles, even though it means getting all the choreography down in rehearsals,” Ortmann said. “It’s cool to be dancing with a lot of talented students.”

Larisa Tuttle, a homeschooled senior from Indianapolis, will be making her debut as Sugar Plum Fairy.

“Getting to do Sugar Plum Fairy is something I’ve wanted to do since I was really, really young,” Tuttle said. “The music is my favorite music in all of classical ballet.”