You are at:Home»Current in Fishers»Fishers Community»McGrath announces campaign for Indiana House District 88

Fishers Deputy Mayor Leah McGrath launched her campaign for the Indiana House of Representatives District 88 Dec. 2. Speaker of the House Brian Bosma will vacate the position.

The campaign comes on the heels of another announcement by McGrath, in that she will leave her position as deputy mayor and join Indianapolis based-Knowledge Services as the vice president in early January. 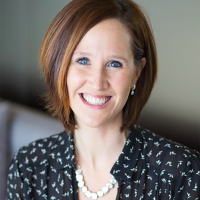 McGrath said if elected, she hopes to look at old problems in new ways.

“In Indiana we have been so fortunate to have a legacy of leadership that has moved the state in the right direction and laid a solid foundation, but there’s more we can do,” she said. “Because of that solid foundation, we have a unique opportunity to be innovative in our public policy to look at old problems in new ways and to challenge the status quo when necessary, to protect taxpayers and bring people together and to address challenges our children and grandchildren will face. That’s the kind of leadership and team I want to be a part of.”

McGrath said the position of deputy mayor has helped prepare her for her District 88 campaign in several ways but namely by helping her form relationships.

“Serving as deputy mayor has allowed me to get to know so many different people from different walks of life and really understand the challenges they face,” she said. “We are surrounded in House District 88 by so many of these incredible people contributing to the success of these communities, and I think we can do more for them. I want to work harder as their representative to do so.”

If elected, McGrath said her top priority would be to develop a comprehensive plan to care for those with disabilities and their caregivers, continue making mental health and wellness a priority and preparing young people in the workforce for upcoming changes.

McGrath serves on the boards of Conner Prairie, the Fishers Advisory Committee on Disability and the Fishers Youth Assistance Program. Her past leadership includes service on then-Lt. Gov. Sue Ellsperman’s Committee on Broadband Policy, the Hamilton County Transit Authority and Vice Chair of the Indiana Republican Party.