When Kasi Young first stepped into Jason Kesler’s taekwondo gym in 1997, she didn’t realize she’d be on the path to owning it 22 years later.

“We did an anti-drug and anti-smoking campaign through Noblesville Schools where we picked up kids and brought them to our place, helped them with homework for an hour, taught them a martial arts class for an hour and then did the just-say-no-type or stuff for an hour,” Fishers Elite Martial Arts owner and Fishers resident Jason Kesler said. “(Kasi) was 10 years old at the time. She started with two other friends.” 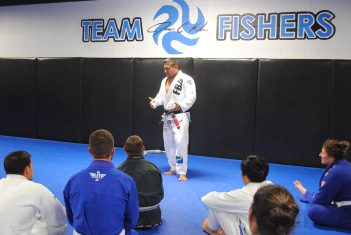 “The way we do the instructor program for taekwondo is when they are close to receiving their black belt, we let them be role models for the white belt or beginner class,” Kesler said. “The ones who really show an aptitude and really care about the people tend to be offered to teach and get hired on. So, she got hired on when she was 14.

When she was 14, Young taught classes five days a week. Each class was approximately three hours long. She hasn’t looked back since.

“I’ve never had another job,” said Young, a 33-year-old Noblesville resident. “I knew this was what I was going to do because I loved it. I enjoyed coming to work with the kids. I saw so much value in it. I saw what it had done for me, and I wanted to help others get the same thing out of it.

“When I started teaching, I was the shyest, quietest girl ever.”

In the 22 years since she began taekwondo, Young has learned Brazilian jiu jitsu and now has her purple belt in that discipline.

Originally, Kesler only taught taekwondo but began offering jiu jitsu and boxing classes in 2000 when he moved the business to Fishers. Next year, Fishers Elite Martial Arts will celebrate 25 years.

“My big thing about this is, being open for 25 years, next year is a huge deal for me,” Kesler said. “When we opened, it was a partnership and we gained a couple partners and lost partners. It’s a big deal because I think us being open 25 years taught me a lot and mainly taught me that silly little thing of just don’t ever give up. Several times there were partnerships where things weren’t going well and things were not good. We got down to the people who just cared about place itself.”

Even after 22 years of teaching, Young’s impact on students is as profound as ever.

“Probably two times a month on average, she shows me an email or text message or letter from a parent or kid who has written her and said, ‘This has changed my life. This is amazing,’ and she’s super-excited about it,” Kesler said. “That’s why she became a partner and that’s why it’ll become solely hers one day because she truly cares about the kids.” 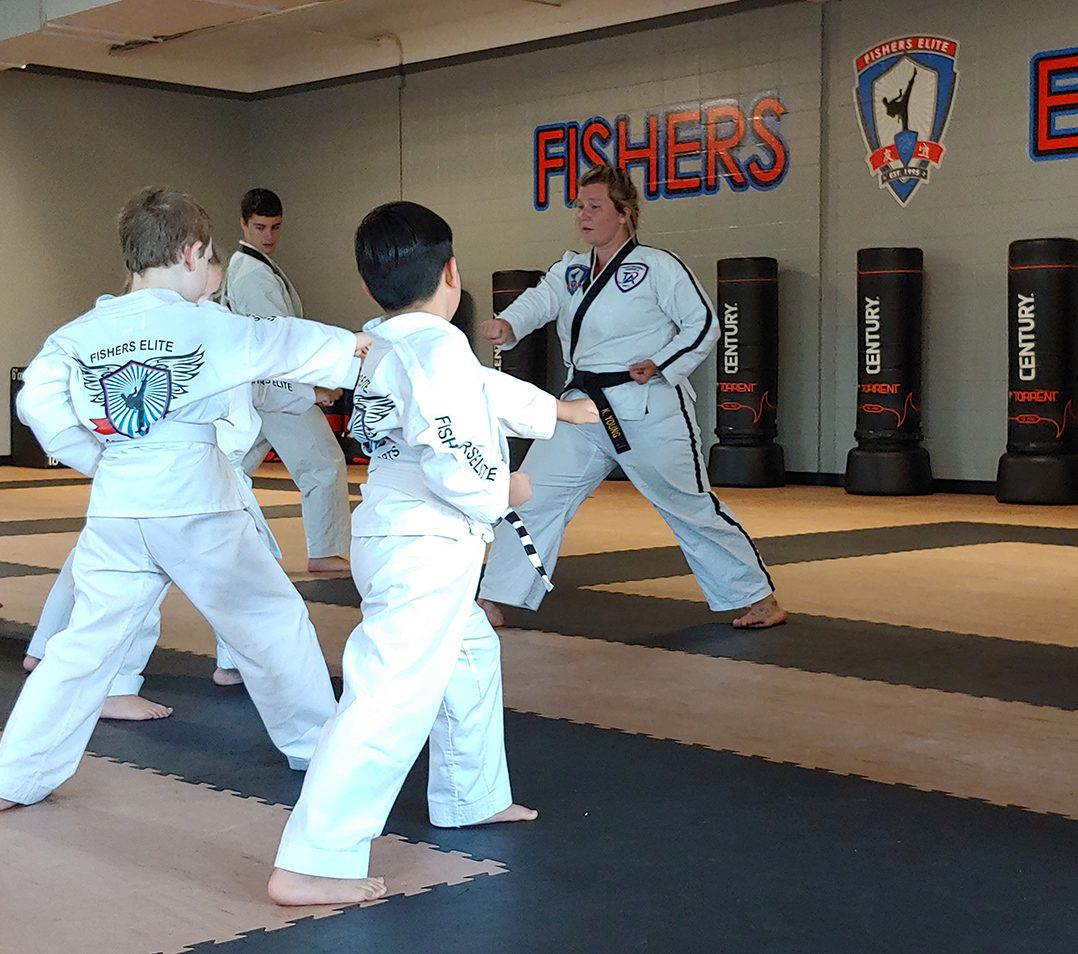 Some of Kesler’s students include police officers, veterans with PTSD, people struggling with depression and other afflictions. Sometimes, school counselors recommend it as an outlet for students who frequently get in trouble at school

Most of Kesler’s students are children, but several adults take part, too.

“I think the hardest part for adults is coming out on the floor for first time. Adults don’t like to do anything they’re not good at already,” Kesler said.