The $191 million referendum will be used for facility upgrades at the two high schools, four elementary schools and the four early learning centers. Out of the $191 million, $161 million will be allocated to renovation and updates to the two high schools and $30 million will be allocated to four elementary schools: Forest Glen, Brook Park, Winding Ridge and Oaklandon, as well as the four early learning centers. 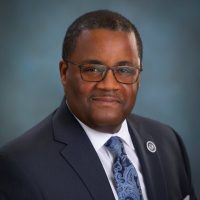 The referendum will be paid during the course of 20 years at a tax increase of .2499 centers per $100 of assessed valuation. Approximately 68 percent of voters were in favor of the referendum.

“This is a huge win for public education,” Supt. Shawn Smith stated. “We have strong schools and a strong community. Many thanks to our constituents who voted to approve this measure, supporting current and future generations of Lawrence Township students.”

MSDLT is the last district in Marion County to pursue a referendum.