You are at:Home»Current in Noblesville»Noblesville Community»Hamilton East Public Library to keep late fines despite national trend

“Fine-free” may be a new trend for libraries across the U.S., but Hamilton East Public Library isn’t on board.

HEPL Deputy Director of Experience Katie Lorton said the library, which has branches in Noblesville and Fishers, is following the trend, though. 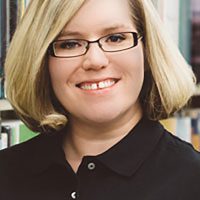 “In what I’ve read about it, the primary driver for libraries that are doing this is it’s a way to reduce barriers to access,” Lorton said. “Not only is the overdue fine sometimes a barrier for folks, but there’s also this shame factor libraries are noticing. Some patrons, they just feel really bad when they have an overdue book and that shame actually keeps them from coming back to the library at all. That’s not something libraries want. We want to keep books in the hands of readers, and we want people to keep coming back to the library.”

Although HEPL doesn’t implement fine-free policies and has no plans to do so, Lorton said the library is “keeping an eye on things.”

“We would need to consider a lot of factors before considering if it’s a good fit for us,” she said. “That idea of reducing barriers to access is very important to us, and a lot of our services and practices are designed to keep the library accessible and convenient for folks.”

Earlier this year, HEPL implemented an automatic renewal service, which automatically renews an item on someone’s library card on the due date up to five times. The service doesn’t apply to new items or if there an item is on hold.

The daily five for past-due items is 25 cents.

“It’s a quarter per item per day across the board. It doesn’t matter if it’s a book, CD or movie,” Lorton said. “That’s easy to remember, but those fines can rack up pretty quickly. We allow people to check out up to 60 items on their card.”

The maximum fine for individual items is $10.

Lorton said library’s fees for past-due items are standard. HEPL also offers an occasional program where fines are reduced in exchange for a donation of a non-perishable food item.

“It helps donate to pantries and eliminate fines,” said Lorton said, noting the program will be offered again in May 2020.

“Almost everyone has been late returning a book at one point or another,” Lorton said. “We just like (that) you liked your book and brought it back to us when you were done.”

Money collected through fines is goes into the library’s operating fund.