You are at:Home»Current in Carmel»Carmel Community»Community Crossings grant to fund Keystone Parkway resurfacing

For a third time, the City of Carmel has received a Community Crossings Matching Grant from INDOT, with this year’s award being $1 million. The state matching grants are intended to accelerate road and bridge improvements and are funded through the state budget. 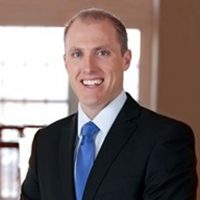 According to INDOT, Community Crossings is open to all local government units in the state. Projects submitted to INDOT for funding are evaluated based on need, traffic volume, local support, impact on connectivity and mobility within the community and regional economic significance. The program is in its fourth year.

Kashman said the city focuses on anticipating future needs and making investments in a proactive manner.

“On a yearly basis the street department evaluates the condition of each roadway with the city and works to resurface locations within the city based on need,” he said. “There is still a lot of good pavement left on Keystone Parkway, but as such a major thoroughfare within the city it is important to provide the proper level of maintenance before conditions ultimately become more costly. Anytime that the city can leverage grant funding for improvements it is an advantage for the community and our taxpayers.”

It will likely be next year before any work begins.

“The appropriate agreements will need to be approved with INDOT and the Board of Public Works,” Kashman said. “But we would anticipate to bid the project in the spring and perform construction in the summer of 2020.”