You are at:Home»Current in Noblesville»Noblesville Cover Stories»Track to trail: Train tracks on Eighth Street from Division Street to Conner Street will be pulled up, paved this month

Approximately a quarter-mile of railroad tracks through downtown Noblesville from just south of Conner Street to Division Street are in the process of being removed. Crews started work Oct. 10 on the south end and will work their way north.

The work follows the Hoosier Heritage Port Authority’s removal of the Nickel Plate Rail tracks from Division Street south through Fishers to the end of the former line in Indianapolis.

The railroad tracks currently being removed are set in the road, whereas the tracks south of Division Street ran adjacent to the road. The tracks from just before Logan Street in front of the Hamilton County Courthouse, which travel around Forest Park and all the way up to Tipton, will remain. The northern portion of the railroad is being preserved and is currently used by the Nickel Plate Express for tourist excursions beginning in Atlanta. 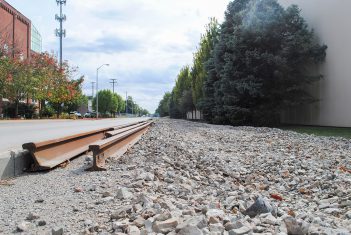 The Hoosier Heritage Port Authority recently removed the train tracks from Division Street in Noblesville south through Fishers and into Indianapolis. Now, in Noblesville, the metal tracks are piled on the side of what used to be a railroad. (Photos by Anna Skinner)

After the Hoosier Heritage Port Authority, comprised of Hamilton County, Fishers and Noblesville, announced its plans to railbank the tracks and turn it into the Nickel Plate Trail in 2017, Fishers moved ahead quickly, and a groundbreaking for the trail is scheduled for this fall.

Fishers’ portion of the trail will run from 96th Street to 146th Street. Fishers plans to make the trail into a “linear park,” with amenities like a viewing deck, innovation coves and more.

“Our goal is not only to create a unique pedestrian experience for residents in Fishers, but we want to create an experience unlike anything in the Midwest or the world, for that matter,” Fishers Mayor Scott Fadness said in a video about Fishers’ portion of the trail.

Noblesville’s portion of the trail will pick up at 1466th Street and run 2.7 miles to Pleasant Street.

Eventually, the trail would connect to a future phase of the Midland Trail, which will connect to the Riverwalk Trail and take trail users into downtown Noblesville.

“Fishers is moving forward on their trail, and we are not to that same point that they are, but we had done a (request for projects) and put out to bid for someone to remove the tracks and then the wooden ties beneath them,” said Robert Herrington, communications manager for the City of Noblesville. “So, that’s the work that has been done from Division Street in Noblesville south to Indianapolis.”

Noblesville applied for a matching grant to construct the trail and didn’t receive funds with its first application. It currently is submitting a DNR Next Level Trail Grant to help cover the cost of the project. Herrington explained the grant would nearly cover the entire project cost, although it’s a matching grant. Since the city’s match for the grant would be the already-prepared land, the cost to the city would be minimal.

“Essentially, we are ready to move forward with all that land that’s prepped. With the railbed, the stone, there is a good base,” Herrington said. “So, it’s just putting more stone in and asphalting it to make it the trail.”

If Noblesville receives the grant money it is seeking, Herrington said he expects the city’s portion of the Nickel Plate Trail to move forward within the next year or two. However, if the grant money is denied, moving forward with the trail will depend on Chris Jensen’s plans. Jensen, who won the May Republican mayoral primary, us running unopposed in the November election and is set to become the city’s next mayor.

Currently, the city already has several trail projects in the works, including Phase 3 of the Midland Trail, the Levee Trail and the Riverwalk.

However, city officials say pulling the tracks out of Eighth Street is more a safety issue than anything else.

“The problem with that is when we have plows, when ice and snow get in (the concrete bases), there’s an issue with plowing and also for motorcycles,” Herrington said, adding that drivers experience trouble as well when turning and their wheels catch in the concrete bases.

“This will make it safer,” Herrington said. “South of Conner Street hasn’t been worked on in years, and the concrete is starting to crumble. We are starting to have issues with those bases.”

When the rail is removed, the concrete bases will be removed and a new strip of asphalt will replace the tracks. 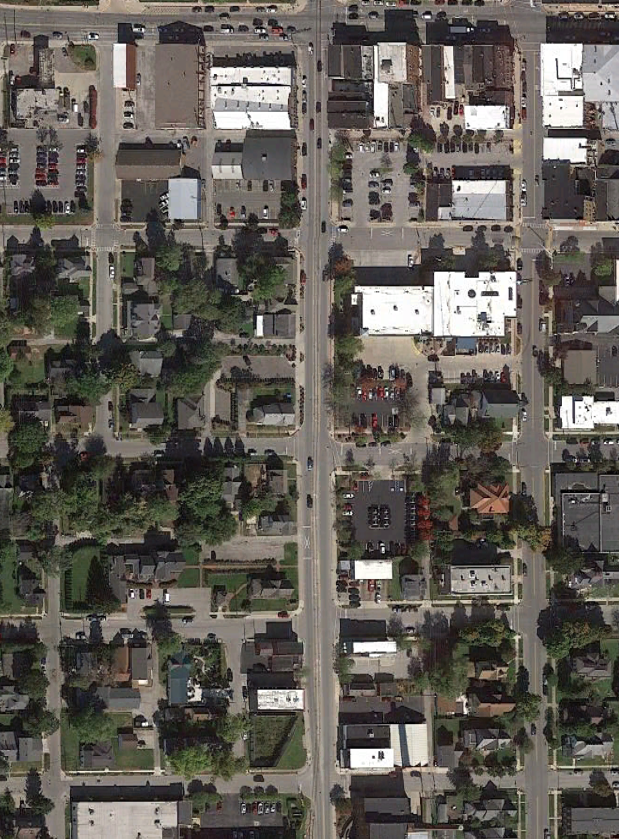 Construction to remove the trails was expected to last only 10 days and coincided with Noblesville Schools’ fall break. One lane of Eighth Street will remain open to traffic during construction hours, but will be under flagger control. Drivers should expect traffic delays to Eighth Street until work is completed. Cross streets will be closed as work progresses from south to north. All lanes will be reopened when work is completed each day.

The Eighth Street roadwork is approximately $200,000 and is part of the city’s annual street rehabilitation projects. It was not a new cost, as it was included when the street contract that was created last spring.