You are at:Home»Current in Geist»Geist Community»Candidates face off in Lawrence mayoral debate

Both candidates answered questions, a bulk of which were asked by the general public prior to the event. Some discussion revolved around each candidate’s economic vision if elected or reelected, food deserts in Lawrence, how the city could handle a recession if one were to occur and more. 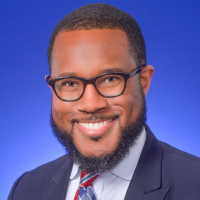 Cobb-Dennard said when it comes to a vision for economic development, Lawrence needs a new identity.

“When our team got together, they said, ‘let’s look at our assets: we have a 1,700-acre park, four-star hotels and a handful of golf courses and unique restaurants. Let’s patch that together with the arts and cultural district and begin to promote Lawrence as a regional tourist destination,” he said. “There are opportunities to bring jobs. There’s an economic development strategy that’s comprehensive, and we can begin to recruit other businesses and continue to drive our city forward.”

“We have put a great emphasis on public safety. That became a point for us. There are more and more people calling and wanting to bring their families to Lawrence,” Collier said. “We had 30 new companies come to the city in last three years. We are creating a trades district behind Pendleton Pike in which we can bring in companies and train our workforce. One of the challenges we have today is the reality that college diplomas are not for everybody, but you can take these kids from high school and be able to train them and get them in high-paying, $60,000-a-year jobs. That’s our goal; we are going to try and get it done.” 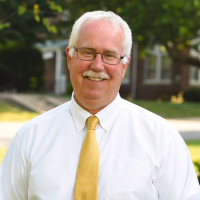 When asked about the public’s growing concern about a recession and how the city would handle it, Collier was confident.

“We’ve been able to accumulate $7.1 million in our operating reserve to protect us from an immediate economic impact,” Collier said. “Lawrence is very well-known for being a kind city. Every year at Christmas time, our firefighters’ family assistance goes out and collects food, toys and groceries to distribute. In the deepest sense of those who may find themselves without a home or without food (due to a recession), we are prepared to take care of them.”

“Our city is on solid financial footing and may continue that, but we also have to make sure families are strong and the jobs we bring to the City of Lawrence pay enough so people take care of homes and food, go on vacation, buy a car, send kids to school, or better yet, fix up their houses,” Cobb-Dennard said.

When it came to food deserts, Cobb-Dennard mentioned how the city should pursue recruiting grocery stores not already in the area.

“Most of our city is in a food desert. We have got to aggressively pursue regional grocers who aren’t here,” he said. “Target has a really neat program they are promoting across the country where they are putting 10,000-square-foot pocket stores in neighborhoods. They don’t have the investment of a 30,000- or 40,000-square-foot store, but they can make sure there’s a 10,000-square-foot store so people can get their fruits and vegetables and eggs and milk.”

Collier said by allowing Supplemental Nutrition Assistance Program, or SNAP, to be used at the Fort Benjamin Farmers Market and by possibly establishing a winter farmers market this year, access to food would be present. He stressed the grocery market was changing, and in the next five years, he expects to see more grocery deliveries.

“There are five grocery stores open within a 2-mile radius of the city center,” he said.