For nearly 40 years, a family farm in Noblesville has been a go-to destination for you-pick strawberries. The recent launch of a winery on the same property is making it even more popular.

Spencer Farm Winery, 7177 E. 161st St., is the latest venture for the Spencer family. Spencer Farm has been owned and operated by Kyle and Lori Spencer since 1982, but their son, Mark Spencer, founded the winery, which opened its tasting room Oct. 1.

“As a kid on the farm, it was a great way to grow up. But when you’re working on it as a kid, you don’t appreciate it enough sometimes,” said Spencer, who previously worked for Angie’s List.  “I wanted to get as far away as I could for awhile and realized, especially when I was living in Chicago, that the corporate world wasn’t for me. I got tired of being behind a desk, and the farm was getting a little bit big for just (my parents) to handle.

“So, we started talking about me coming back at some point in time. If I was going to come back, they wanted for me to not only help them handle what they had, but also expand what we do here.”

Mark Spencer said it will be a bit of an adjustment to operate one of the farm’s many year-round projects. Most are seasonal, with strawberries taking up most of the spring and summer seasons, and pumpkins mums consuming much of the fall and Christmas trees in the winter.

“Strawberries are what we’re known for, and it’s become a tradition for a lot of families to come out here and pick strawberries,” Spencer said. “As the population has grown around us, more and more people are coming out to do it. The other seasons aren’t nearly as big as strawberry season, but they’re still very popular.”

A trip to Temecula, Calif., to visit a friend exposed Spencer to the state’s southern-growing region for grapes and wine. 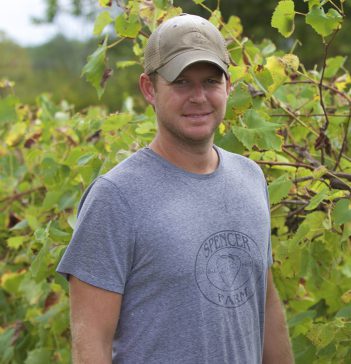 “I just really enjoyed it,” he said. “That’s kind of where the idea came from to look into growing grapes here. I started with two vineyards of table grapes (in 2014). Those fit into the model that we already had, and those are still out there so people can come and pick their own. Those were my training wheels.”

Two years later, Spencer said he got the green light to plant the first iteration of wine grapes.

“We doubled the size of it the next year, so we’re ready to go,” he said. “We’ve actually got quite a bit of wine in tanks right now that we’re hoping to introduce around Thanksgiving or so. In the meantime, we’ve been working with a winemaker in California and also in Michigan to diversify our offerings. Cabernet sauvignon, Syrah and pinot grigio, those aren’t grapes that I can grow here, but they’re names that people recognize, so we want to be able to offer it.”

First offering test batches to friends and family, not much has changed since those original bottles.

“I shared those batches to kind of get an idea of what people like, what I was doing well, what I was getting wrong,” Spencer said. “It’s all been pretty well-received, so we’re doing it on a bigger scale now that we’re a licensed winery.”

The wine production operation and tasting room are in an 1883 farmhouse on the property Spencer Farms has been working for the past 15 years. Previously, the family had locations on Cherry Tree and River roads.

Until November 2018, the Spencers rented the home and later sold it to a family before repurchasing and renovating it.

“The husband of the family traveled a lot for work, and the house is a lot to take care of,” Spencer said. “I didn’t really want to put up a new building because it wouldn’t have the same feel, so we approached them about acquiring it, and the timing worked out for them, too. The whole thing was taken down to the studs. Like any old house, it had a lot of small rooms, so we opened up the space a lot.”

For now, Spencer said the tasting room is starting small.

“The tasting room is a space for people to simply gather and drink wine,” he said. “Is there going to be an opportunity for live music, trivia night, things like that? Yes, but we’re working on getting the basic operation down first.” 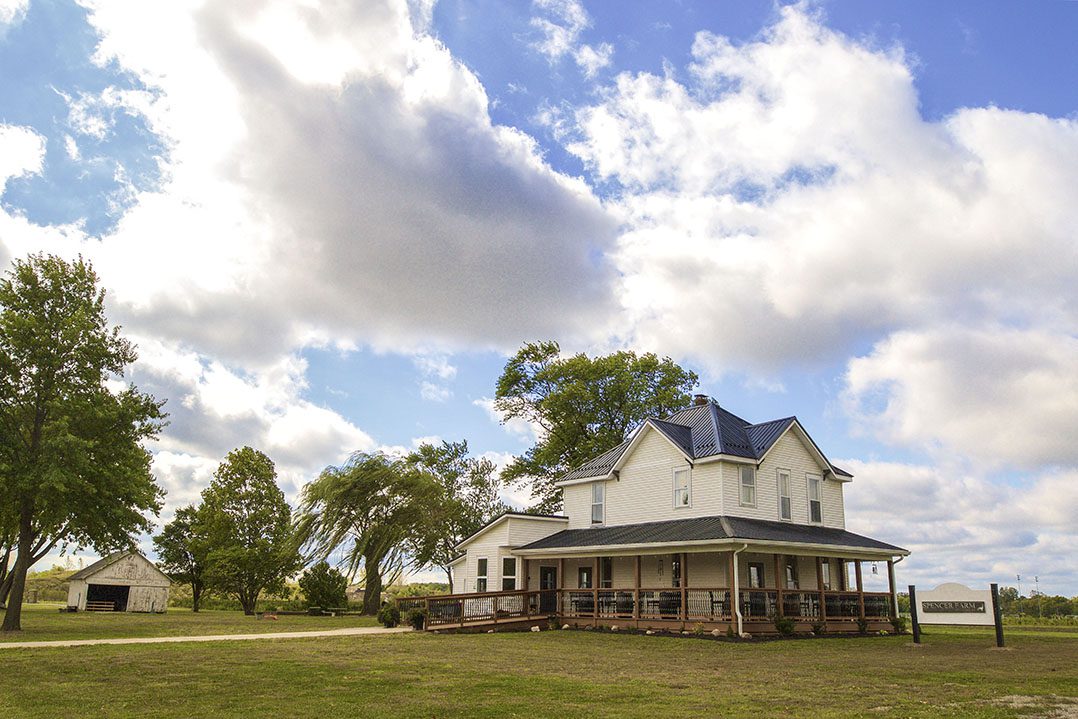 Guided tastings: For those who are unsure what to drink, tasting room staff offers a guided tasting for $5 for five, 1-ounce pours.

The process: “You need about three years to get the vines to maturity, and once they’re producing, we start harvesting in late August, and then they ferment about five to seven days, depending on temperature,” Spencer said. “After they’re fermenting, they go through crushing and de-stemming, then they go into tanks to sit and clarify.”