You are at:Home»Current in Noblesville»Noblesville Community»Noblesville bus aide pleads guilty to slapping child with special needs

A 78-year-old Noblesville woman pleaded guilty Oct. 14 to a misdemeanor battery count after slapping a child with special needs on a Noblesville Schools bus.

The incident occurred this past spring.

The woman, Francella Van Fossen, was a school bus aide. According to video surveillance from the bus, it appears the child, 10-year-old Riley Hartman, is kicking her feet when there’s a pause, and Van Fossen then slaps her. 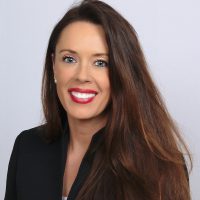 “You can tell (Riley) is uncomfortable (in the video),” said Michael, who is a partner in the Carmel-based law firm Connell Michael Kerr. “It looks like Riley may have bit, there’s a delay between that and the aide slapping her. It’s a hard slap.”

Five years ago, Hartman sustained the traumatic brain injury that led to her disability in a car accident that also killed her father.

Michael said school districts should ensure they are properly training employees, especially those that will work with children with special needs.

“This was a 78-year-old woman without a lot of training in how to work with a child in special needs. The school did not properly train this woman or give proper support in where wheelchairs needed to go (on buses),” Michael said. “I think we see a lot of people lose their tempers because they don’t know (how to work with children with disabilities).”

“If you take someone who is, especially older people, just coming back into the system, they might not understand the really heinous repercussions that can come through these types of actions,” Michael said.

“Student safety is our top priority and we have zero tolerance for behavior that puts our students at risk in any way. We immediately addressed this issue in collaboration with Noblesville Police upon learning of this situation back in May and the bus aide in question is no longer employed with Noblesville Schools. We have approximately 150 bus drivers and bus aides that safely transport students over a million miles a year. The behavior by this former aide is certainly not reflective of the care and concern our staff members demonstrate with students every day.”