You are at:Home»Current in Noblesville»Noblesville Community»Marilyn’s Place opens as a ‘non-food pantry’

Since July, things have been moving quickly for a small Noblesville-based nonprofit.

Marilyn’s Place, Inc. earned its nonprofit status this summer with a mission to fill a gap for those in need by being a resource for non-food items. 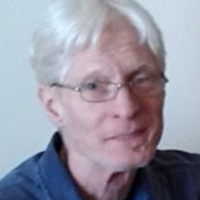 “Marilyn’s Place is similar to a food pantry, but we call it a non-food pantry because instead of food, we offer clothing, home goods, bedding, cleaning supplies, things like that,” founder Glenn Conn said. “Originally, I had wanted to start a food pantry, but when I moved to the Noblesville area, I found out that there were already numerous food pantries, and they were also very well-run.

“I had basically given up on that idea, but to try to supply these other items came later. I did research to see if something similar existed in the area, and it didn’t.”

The nonprofit’s namesake is Conn’s mother.

“She was always very supportive of me up to the day she died, and I wanted to do this in her memory,” Conn said.

Marilyn’s Place is set to open in early November at 1106 S. Eighth St., in a space being renovated by the building owner. On Oct. 17, the organization will conduct its first fundraiser to benefit its overall operations at Nickel Plate Arts’ Stephenson House, just down the road at 107 S. Eighth St.

“We will have artists and a photographer coming in to have this really neat activity for kids and adults where they can decorate a frame and then have their picture taken with it,” Conn said. “We’ll have a jazz combo playing live music. We’ll also have a cash bar and finger foods.”