Fortville retiree Joe Ferrell said he was always mildly interested in the Civil War during history classes at Mt. Vernon High School. But he didn’t become interested in reenacting until 1990.

Ferrell has five descendents who fought in the Civil War, four of whom are buried at Gravel Lawn Cemetery in Fortville.

“In school it was just what was in the history books, but there is a picture I have at home of my great grandfather (Archibald Hiday) being discharged from the (Union) Army,” Ferrell said. “It’s just a big picture, and right in the middle, in handwritten script, was where he was and who he was with and the battlefields he was on. He was wounded and he also got captured. 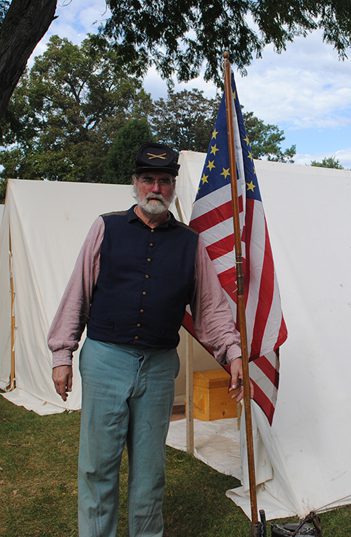 Fortville resident Joe Ferrell has been portraying a Union soldier in Civil War reenactments since 1990.

“He was with 11th Indiana. He was at (the Battle of) Shiloh. His commanding officer was (Brig. Gen.) Lew Wallace. He had four brothers, and they were all in parts of the infantry.”

Ferrell started reenacting with the 14th Indiana Regiment after he met reenactors at a park and saw a sign asking for volunteers.

“I was just going there to see what they were going to do. I’ve never seen one,” Ferrell said. “I saw a sign that said they needed volunteers and that’s where it started.”

Ferrell borrowed a uniform and tent for two weeks, and then as he traveled with the regiment, he purchased his own equipment. He volunteered with the 14th Indiana Regiment and became a permanent member after purchasing a cannon from a reenactor who had to discontinue for health reasons.

“The fellow who had the gun got sick and he had to quit,” Ferrell said. “When he realized he couldn’t do it anymore, he sold the gun to a couple of boys who tried to fix it, and then I bought it from them.”

Ferrell said his wife, Sue, usually fired the cannon, a Howitzer, during reenactments.

Ferrell met the 4th Indiana Regiment, his current regiment, at reenactments before joining it seven years ago.

“I can get in with just about anybody. I’ve known these people for a long time, and that’s what it is, it’s comradery,” he said. “I know people all over this place. Once you’ve been doing it long enough, I just told them I’d be there and they said, ‘Sure, we can use you.’”

Although Ferrell typically portrays a Union private, he has played a Confederate soldier when needed.

Ferrell’s next event will be at the fourth annual Civil War Reenactment Oct. 12-13 at Piney Acres Farm, 1115 E. 1000 N., Fortville. Admission is free, but there are other activities at Piney Acres that attendees may pay for if they wish. Ferrell typically participates in eight reenactments a year. 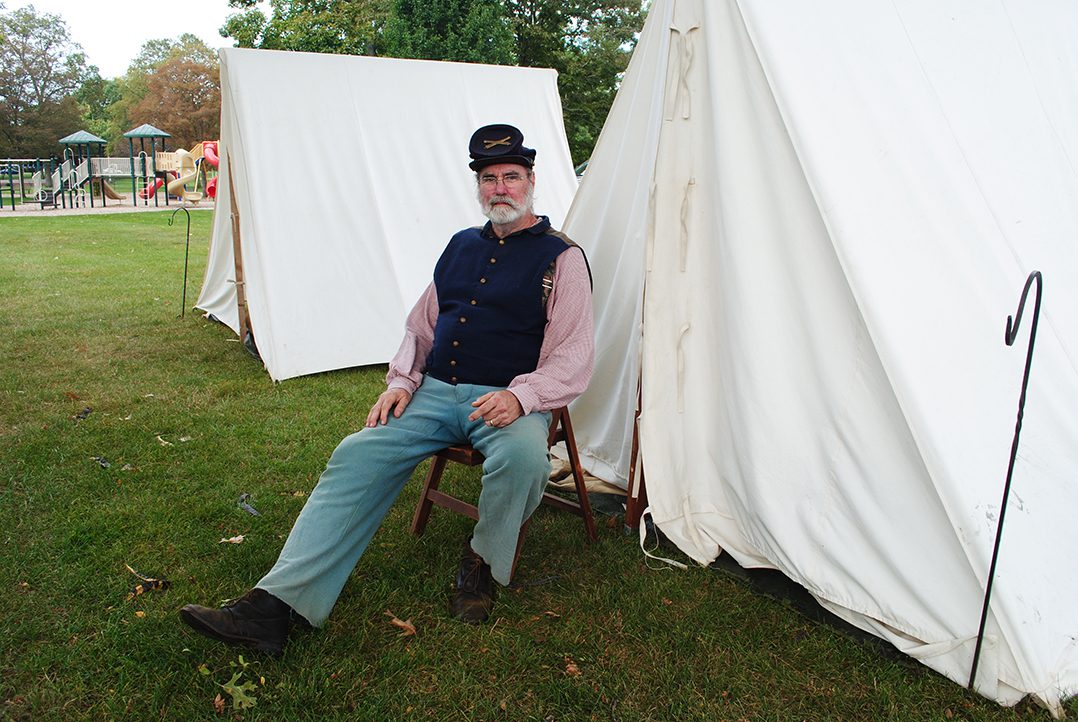 Fortville resident Joe Ferrell has been portraying a Union soldier in Civil War reenactments since 1990.

Career before retirement: Retired from manufacturing for transmission parts for Honda Motors. Worked in casting and shipping. Retired in 2016.

Last book he read: “The Killer Angels: A novel of the Civil War” by Michael Shaara

Favorite movie: “Gettysburg” or anything with John Wayne in it

Favorite thing to do outside of reenactment: Work in the garage making walking sticks

Favorite part of reenactment: “The fun part is taking that thing (the cannon) out on the field and you’ve got spectators watching, and what’s really nice is, if there’s enough of them, they’ll hoot and holler a little bit and applaud, and then they’ll tell you how much they enjoyed it,” Ferrell said. “It’s kind of like being any kind of sports person, and people recognize you for who you are. You’re not a hero to anybody, but there are hundreds of people who have never heard one of those go off and it’s spectacular. It just thumps you.”