You are at:Home»Current in Noblesville»Noblesville Cover Stories»Excellence in education: Noblesville Schools superintendent recognized for career achievements

Beth Niedermeyer is humble about her accomplishments in education. Having recently been recognized for her successes and contributions, she reflects fondly on her 35-year career and credits those who she says have helped her along the way.

Last month, Niedermeyer, who just began her sixth year as superintendent of Noblesville Schools, was honored by her peers by being named the Central Indiana Superintendent of the Year, an award voted on by members of the Indiana Association of Public School Superintendents. 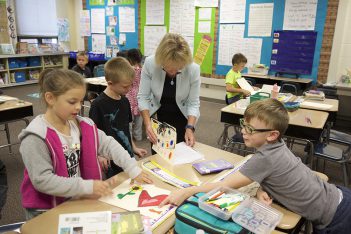 “With any award, nothing happens in isolation,” Niedermeyer said. “I am surrounded by a great team of people who are extremely talented, hardworking, creative and dedicated to this important work that we do. When you have that kind of synergy amongst your team, the sky is the limit for what you can accomplish, so I feel very fortunate.”

“Dr. Niedermeyer is a role model among her peers and is frequently sought out by other area superintendents for her counsel and advice,” said Carl Johnson, president of the Noblesville Schools Board of Trustees. “Relationship building, valuing different perspectives, reflecting on data, and making courageous decisions are all hallmarks of her leadership style. She is quick to step up whenever and wherever she is needed, and most importantly, her focus is always on what’s best for kids.”

Niedermeyer said she always wanted to be a teacher from the time she was a child.

“Just ask my youngest sister. I always got to be the teacher, and she was always my student,” Niedermeyer joked. “I have a lot of teachers in my family. My dad is a retired teacher, and I had aunts who were teachers, so I always knew. But whenever any employee at Noblesville Schools wins an award, it’s an opportunity to showcase the school district and the great things that are going on.”

Of those things – which include the district’s handling of a 2018 shooting at Noblesville West Middle School, receiving high grades and recognition from the Indiana Dept. of Education, expanded use of technology, transportation improvements and more – Niedermeyer said some of the most notable points include the passing of an operating referendum in November 2018, working with the Noblesville Diversity Coalition and a change in school-day times.

“The referendum we just passed that focuses on mental health, safety and teacher compensation, I’m really proud, in such a short amount of time, how much we’ve gotten accomplished,” she said. “Another piece is our focus on diversity, equity and inclusion. That has been really important, not only for our school district, but for our community. The collaboration that has taken place with the city, chamber, local businesses and faith-based leaders, getting all of those people at the table to talk about this and take some action, I think that’s pretty unique. 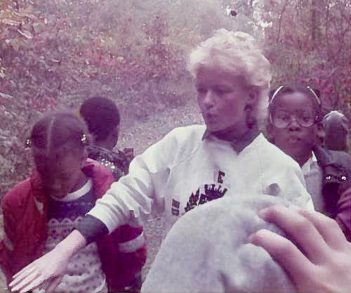 “It’s been really great to listen to teachers and get their feedback,” Niedermeyer said. “From the elementary perspective, teachers will tell you that by 2 p.m., the little ones start getting tired. They’ve noticed that since their day is now ending at 2:35 p.m., they’re much more alert. For the middle and high school kids, we’re hearing from teachers that they’re more engaged in class and less sleepy.”

A Fort Wayne native, Niedermeyer began her education career at Fort Wayne Community Schools in 1984, where she spent a decade teaching elementary education, aerospace science and classes to struggling high school-age readers before becoming a principal. She was later recruited by the Metropolitan School District of Pike Township to help open a new school as its principal before becoming the district’s director of elementary education, then assistant superintendent. 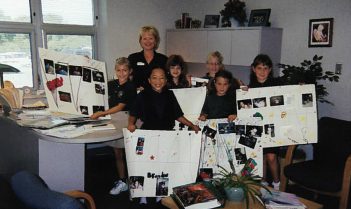 Beth Niedermeyer during her tenure as principal at Fishback Creek at Pike Community Schools.

Prior to becoming superintendent at Noblesville in 2014, Niedermeyer worked at Hamilton Southeastern Schools as assistant superintendent for 3 years.

“I am at a place where I would like to finish out my career at Noblesville Schools. I love it here, and I have no plans to throw in the towel anytime soon,” Niedermeyer said. “I am honored to be a part of this district and work with all of these great people. I am in a really good place.”

Niedermeyer will be recognized Dec. 5 at the IAPSS annual conference in Indianapolis. 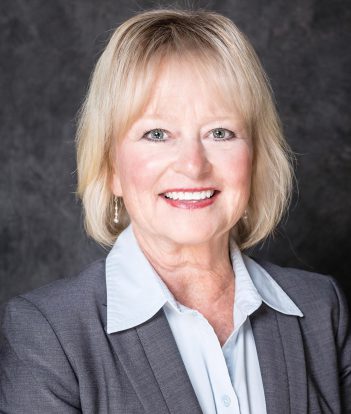 Hobbies: Went to grounds school during her time teaching aerospace science. Loves to read, be outdoors and travel. Niedermeyer said she is planning a trip to Peru next year to hike Machu Picchu.

“On my bucket list is hitting all seven continents,” Niedermeyer said. “We’re at five. I haven’t been to Antarctica or Australia.”