Bethleham United Methodist Church has been a part of Fishers’ community fabric for 175 years. The congregation has members who have attended for more than seven decades and others who have been members for only one year.

Congregation members old and new are planning a month-long celebration to commemorate the church’s 175th birthday. 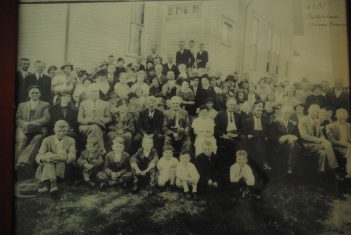 In 1912, the church building was shifted and turned but remained on the same plot of land. It has been renovated on occasion but still has its original pews from 1851.

BUMC administrative board chair and seven-year member Pat Johnston said the church members have been planning a 175-year celebration for approximately six months.

The board planned four events to commemorate the milestone. The first was held in September. Member Gordon Woosley gave a lecture and presented a slideshow and tour of the church cemetary.

“(Gordon Woosley) is interested in history and genealogy, so he took it upon himself to go out to the cemetery and look at the dates on the graves, who they represented and how they related to one another,” Johnston said. “He spent six months doing an extensive search, using things like ancestry.com and various censuses looking into each stone. He found out how they were connected to one another and who they were in the world.”

More than 60 people attended the cemetery tour. Some were descendents of BUMC’s founding families. The cemetery’s first burial was in 1851. The most recent was in 2018.

The second event is Oct. 5. The church’s youth will give away 175 new Bibles in the church’s parking lot from noon to 2 p.m. Children’s, teen’s and large-print Spanish language versions will be available.

The third event will be a free hog roast from 4 to 6 p.m. Oct. 12 in the church parking lot. The menu will include pulled pork, baked beans, slaw, potato chips and desserts. Live gospel music will be performed throughout the event. Conner Prairie will provide interpreters and children’s games reminiscent of the 1850 period. 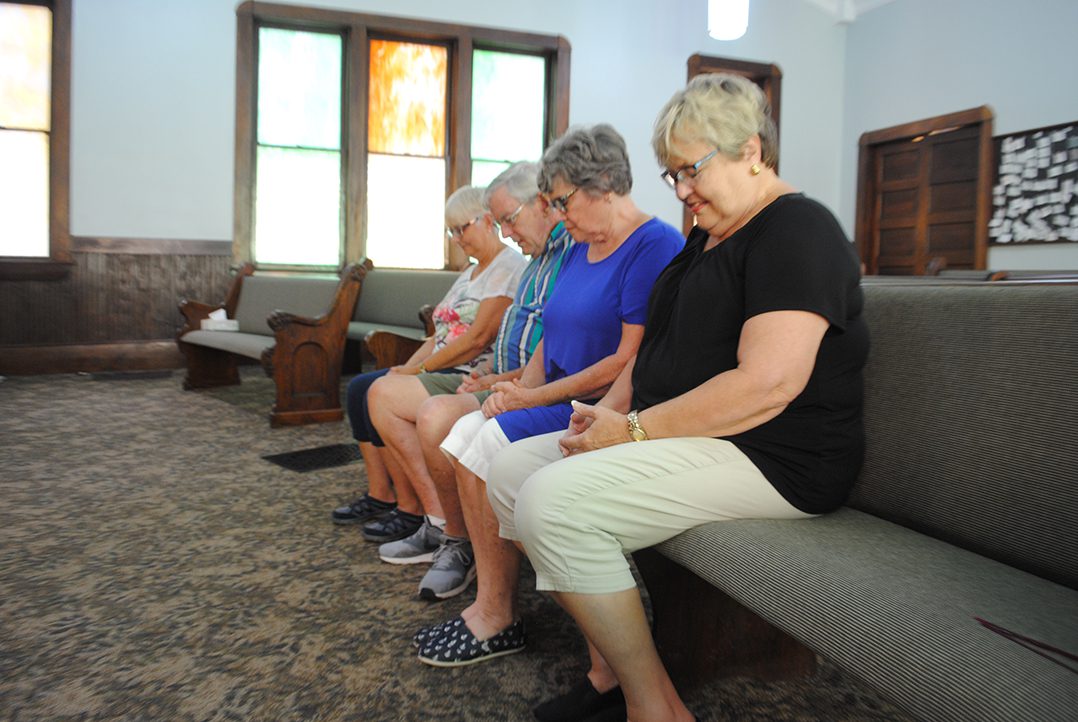 Congregation members pray during a service.

Preparing for the future

Besides paying celebrating its past, Bethleham United Methodist Church Pastor Angela Gafford Asmus said the church also is planning for the future by engaging the next generation of congregants.

“We are celebrating this wonderful history and continuing to plan for whatever’s next,” Gafford Asmus said. “We are here to stay.”

Renovations have been done to the church throughout the years, including the remodeling of the main sanctuary in 2015.

“It was mostly cosmetic and changing the configurations of the pews,” member Pat Johnston said. “Then we added the stained-glass windows which were salvaged from another church.”

The stained-glass came from a Methodist church in Royal Center.