You are at:Home»Current in Carmel»Carmel Community»Hamilton County Republican aims to challenge governor in 2020 election

The Indiana Republican Party hasn’t had a contested gubernatorial primary since 2004, but that could soon change. Brian Roth, who lives in Westfield near the Carmel border, has announced his intention to run for governor against Republican incumbent Eric Holcomb in the 2020 primary. 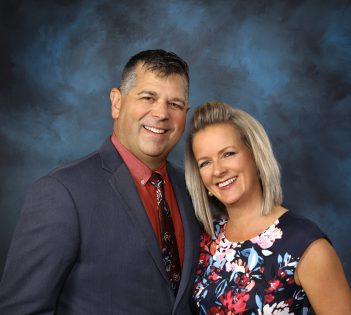 Roth grew up in Upland, where he attended Taylor University and earned a degree in physics before serving 22 years in the Navy. Roth and his wife, Sharice, and three children settled in Michigan for a time. After moving back to Indiana, Roth started a Carmel-based leadership development firm called Employment 2 Deployment.

Roth said that his run will ensure that voters have choices. He has made an unusual promise: To donate the entirety of the salary he would earn as governor to nonprofit organizations.

Roth emphasized that his first goal is to get on the ballot. To do so, he will need to collect 500 signatures from each Congressional district. Should he succeed, Roth said his campaign will focus on a “united but independent Indiana” in which Hoosiers find their own way toward national goals.

“We should be able to come together, Democrats, Republicans, independents, to discuss and debate ideas,” he said. “We have to get away from the concept that ideas come from parties. They don’t, they come from people.”