You are at:Home»Obituaries»Obituary: Robert J. Berding 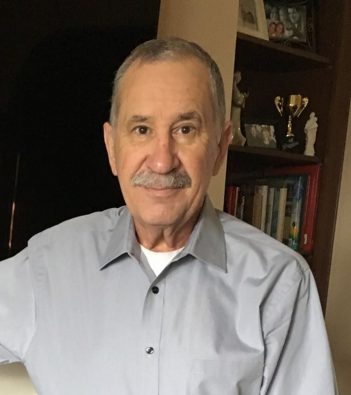 In 1973, Bob received a bachelor’s degree in aviation from Lewis University in Lockport, Ill.,  where he earned a wrestling scholarship and was a member of the Alpha Eta Rho Professional Aviation Fraternity.

Bob had a strong work ethic, beginning as manager with PPG Industries before continuing as field sales engineer with Product Identification Corp. in Chicago. Other companies Bob worked for in sales management were Industrial Tool Division in Houston; Thermotron Industries in Holland, Mich.; SPX Corp. in White Deer, Pa.; ATC in Indianapolis; and Illinois Tool Works in Lakeville, Minn.

As a Catholic high school youth minister for 36 years, Bob was rewarded with the many relationships built through the years. He enjoyed working with stained glass, creating a window for his home. Bob also spent time in his woodworking shop.

Bob was a faithful parishioner of Our Lady of Mount Carmel Catholic Church and was actively involved in Knights of Columbus, where he was awarded the Fourth Degree.

In addition to his parents, Bob was preceded in death by a son, Gregory Berding; father-in-law Delbert Barr; and mother-in-law Bernice Barr.

In memory of Bob, donations may be directed to the OLMC Antioch Youth Ministry.