You are at:Home»Current in Fishers»Fishers Community»Vare vies for Fishers City Council at-large seat

Three Republican at-large Fishers City Council members are up for re-election in November. They have a Democratic challenger, Jocelyn Vare. 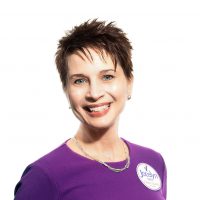 Vare has lived in Fishers for more than 20 years and raised two kids in Fishers, a son and a daughter. Both are graduates of Fishers High School. Vare said she wants to make city government “more transparent” for residents. She said she wants to bring a voice to Fishers city government that it’s never seen before. If elected, Vare would be the first Democrat on Fishers City Council ever.

“Because I’m a Democratic candidate, I have the amazing opportunity to be able to challenge the status quo, frankly, in a very reasonable, fair-minded, fact-based kind of way, not being obstructionist, but adding a whole new viewpoint to city government,” Vare said.

Vare said her passion is for the arts. She’s on the board of Nickel Plate Arts, a countywide music nonprofit. Vare is the president of Fishers Music Works, a performing arts nonprofit. She also serves as a member of Fishers’ new Arts and Culture Commission and is co-chair of Spark!Fishers. Vare said her biggest reason for running is to make Fishers city government more transparent.

“I’m running to allow residents a new role in the future of Fishers, and that means receiving a lot more information from our city government,” Vare said. “In a nutshell, I feel like our city government has left residents in the dark and when residents are left in the dark, they’re left without a voice. Fishers used to be a town. Now it’s a city, but we are still learning how to be a community.”

Vare is the only Democrat up for the at-large Fishers City Council seats for the general election Nov. 5. She is going against incumbent Republicans Rich Block, Todd Zimmerman and Cecilia Coble.