“I wanted to have an understanding of where we were using our manpower and where we were allocating resources,” Gebhart said. “The overwhelming picture for me is that the amount of homicides reported to the south of us (in Indianapolis) is a good place to go get a good education on what’s going on and, more importantly, how can we prevent it from furthering itself north if that be the case?”

That’s when an initiative to categorize guns, in partnership with the Indianapolis Metropolitan Police Dept., was launched. 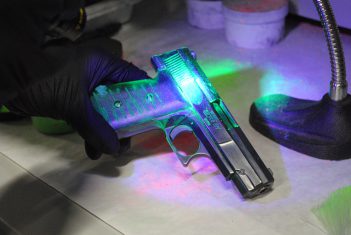 A new partnership between the Fishers Police Dept. and the Indianapolis Metropolitan Police Dept. has created a database for recovered firearms that can help link guns to crimes.

“It was a matter of inventory of what kind of people were stopping in our communities, what are we coming across in our cars, what are we seeing in the community as a whole?” Gebhart said. “I felt like we were seeing a lot of perps from Indy in our community having contacts with those types of people who could potentially present violence to the city. That facilitated a sit-down with IMPD.”

Gebhart learned from IMPD that violent crime is down in Indianapolis. He also discovered that IMPD treats every weapon it comes across as a crime scene.

“They don’t just pick up guns and put them in evidence,” Gebhart said. “They process that weapon and run DNA on it, do roadside interviews to try to connect people through the guns to the crimes in Indianapolis. So, coming back to Fishers Police Dept., I’ve thought about that particular scenario, and what I found was our guys, especially our crime reduction unit, was already coming across weapons, and the only thing they weren’t doing was processing them similar to IMPD. They were charging accordingly or taking them off the street, but we are starting to learn we need to treat them differently and get on board with what our fellow law enforcement agency was facing down in Indianapolis.

“The way the mayor and I look at it is the way crime affects us all. It’s a regional problem, not just an Indianapolis problem or a Fishers problem, and Fishers could help in that.”

IMPD staff taught FPD the process of taking weapons into custody, who to interview and how to submit the information to the National Integrative Ballistic Information Network, where all guns are categorized. Shell casings also can be categorized. FPD’s participation began in February, and since then, 56 guns from Fishers have been entered into the network. Eighteen were connected to violent crimes.

“Say someone fires a weapon and drops shell casings on the ground. Those shell casings are submitted to NIBIN and connected to that weapon,” Gebhart said. “(If) my guys pull the guy over up here and find the weapon, we can match it to the shell casings.” 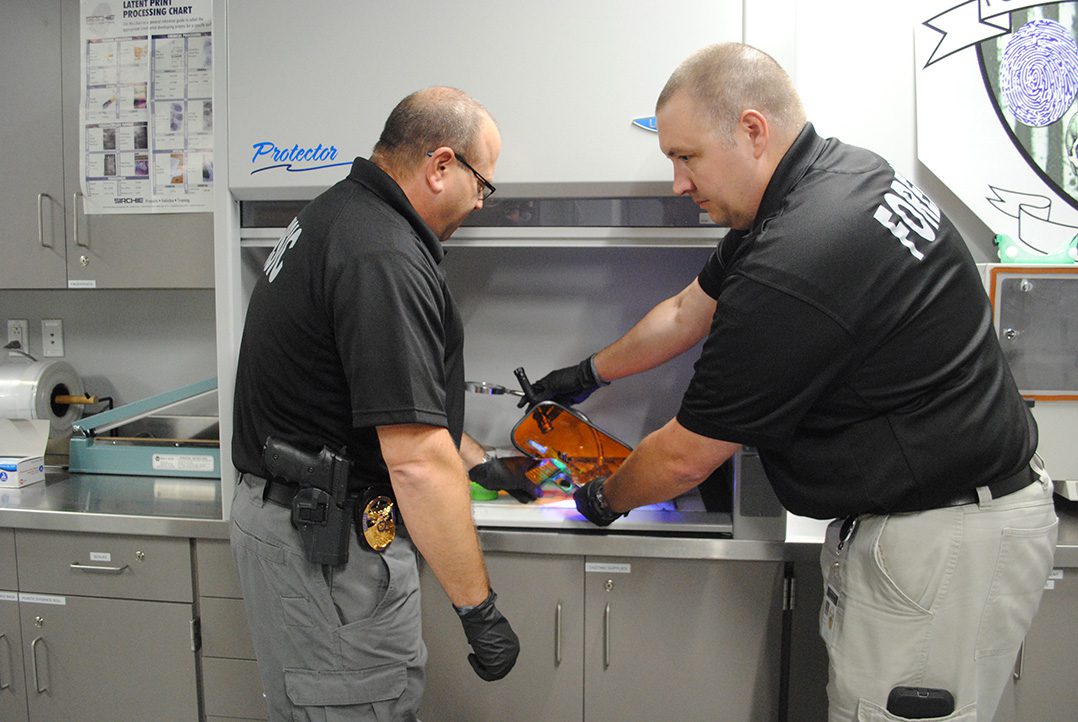 To approach crime as a regional issue, Fishers Police Dept. Chief Ed Gebhart has invited the other Hamilton County agencies to participate in the gun categorizing inititiative.

“Carmel, Westfield, Noblesville and (Hamilton County Sheriff’s Office), we held a training here in late February,” Gebhart said. “Hamilton County is saying this is a good thing to do and we are going to do it together.”

Gebhart said other counties across the state are gaining interest.

“We will hold another training in October to try to bring more agencies into the fold. I would like to see the entire doughnut (area) get involved to some degree and mirror Hamilton County,” Gebhart said. “I think all of us getting on the same page will lead to a safer city, safer state, safer Indiana.”