You are at:Home»Current in Zionsville»Zionsville Community»Brewer running for at-large seat on Zionsville Town Council

Bret Brewer is running for an at-large seat on the Zionsville Town Council.

Brewer, a CPA, said he does not consider himself political but that he felt compelled to run after doing his part to stop the proposed construction of the Sycamore Flats apartment complex. 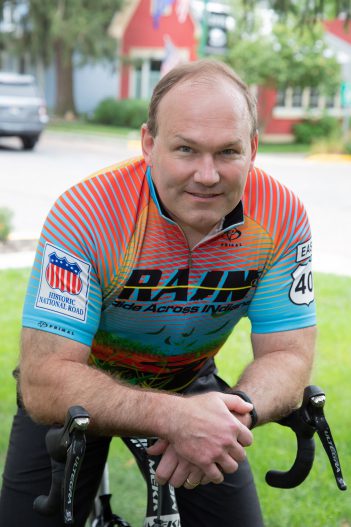 When Sycamore Flats was proposed, Brewer said he devoted his free time and skills as a CPA to see what kind of impact it would have on Zionsville.

“(It was a) beautiful project,” he said. “There was just no way you could fit it on a little 4-acre property. It was just the wrong project for the wrong place.”

Brewer said between playing his part in stopping the development and seeing the backlash against it, he knew he wanted to do his part helping Zionsville.

“I’d like to help our small businesses,” he said. “I wanted to help the small local businesses grow, because that’s going to help our local economy more, not having big box things come in where the money’s going to go to shareholders out of state.”

Brewer, who lost to Josh Garrett for a seat on the town council in the 2015 Republican primary, is running as a Democrat this time. He acknowledges that the “D” by his name on the ballot may work against him in a heavily Republican town like Zionsville, but he’s optimistic that his reputation will precede him.

“I actually voted on the Democratic ticket in the last primary, so I had to run as one,” he said. “A lot of Zionsville pulls that Republican lever. If you saw how much my name got out there for the Sycamore Flats thing, that was a good start. I didn’t do it for politics, I did it for the town.”