You are at:Home»Current in Carmel»Carmel Cover Stories»Sacrifice & service: CHS grad aims to join Air Force to honor former classmates who lost parents on 9/11

Most people alive on Sept. 11, 2001 clearly remember where they were and what they were doing when they heard about the terrorist attacks on the World Trade Center in New York City. 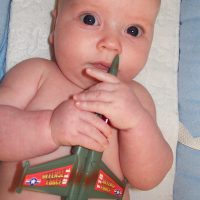 Oakley Blake clutches a toy fighter jet less than a month before the attacks of Sept. 11, 2001. (Submitted photo)

But not Oakley Blake.

A toddler in a north New Jersey day care at the time, Oakley and his classmates laughed and played like any other day, oblivious to the panic and fear sweeping the nation. Eventually, his mother picked him up and took him home, but that didn’t happen for some of his classmates, whose parents died when the twin towers collapsed.

Oakley didn’t grasp the magnitude of that day at the time, but he does now. A 2019 Carmel High School graduate and freshman at Purdue University, he is in the Air Force ROTC program with plans to become a military pilot after graduation. The 18-year-old chose his career path in honor of former day care classmates.

“Just knowing about those kids (who lost parents) that I was with really inspired me,” Oakley said. “These kids didn’t have a choice. They had to make a sacrifice, so I feel indebted to give the same sacrifice they didn’t have the choice to make.” 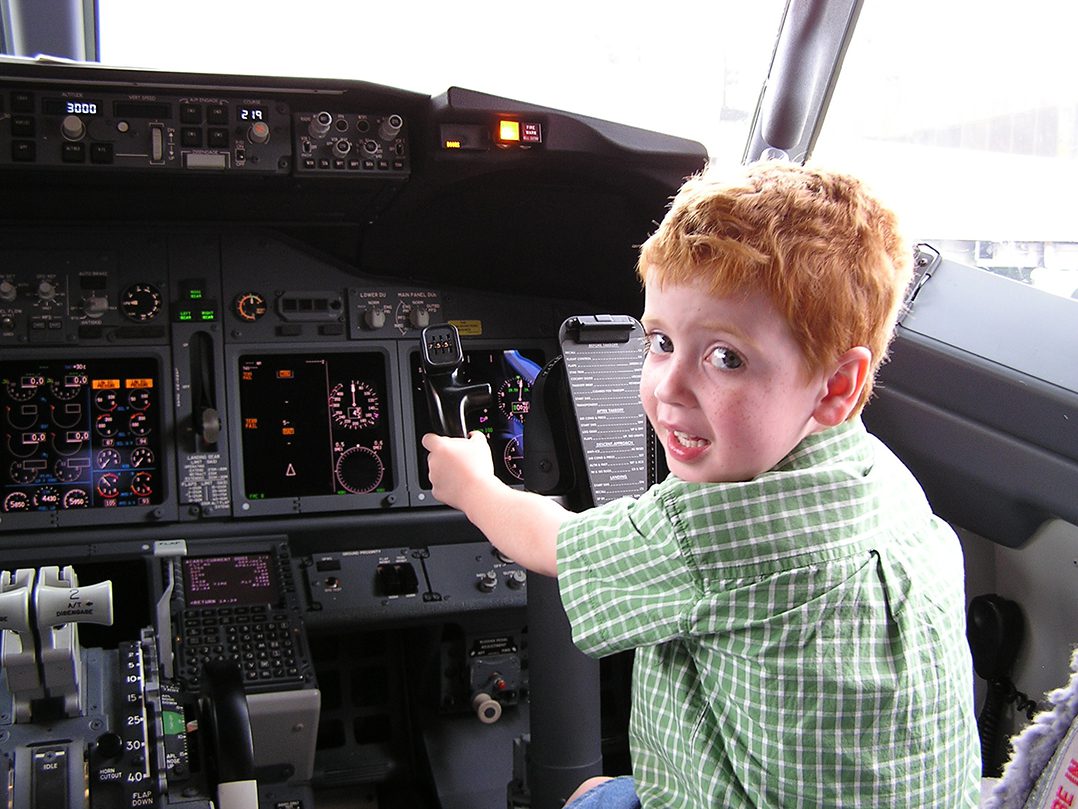 Oakley Blake as a toddler checks out the pilot seat in an airplane. (Submitted photo)

Although Oakley doesn’t remember much about Sept. 11, 2001, his mother does.

Jennifer Blake was driving to work in a town 30 minutes west of New York City when she heard the news. When she arrived at the office, her co-workers weren’t sure what to do.

“It was really, really scary not knowing what was going on,” Jennifer said.

Her father worked in New York City and the family couldn’t get in touch with him because many forms of communication weren’t working. He didn’t have a cellphone and couldn’t use public transportation because it, too, was shut down.

“We didn’t hear from him until really late at night because he ended up having to walk to Long Island because they stopped all the trains,” Jennifer said. “It was a very scary situation.”

Her husband at the time was a pilot but wasn’t in the air when the attacks occurred. He soon lost his job when his airline made cutbacks as a result of the incident and its effect on the economy but was rehired when the situation improved.

Jennifer said day-to-day life changed for everyone who lived near the attack.

“Even after that, you’d see an airplane in the sky or low-flying airplanes and get a very haunting feeling,” she said.

Hope for the future

The Blake family stayed in New Jersey for 10 years after the attacks, but Jennifer said they decided to move because taxes kept rising and the school system cut back on classes like P.E. and music. 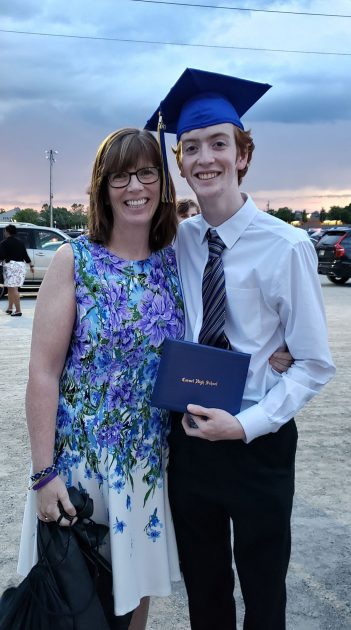 Because her husband was a pilot, the family could live just about anywhere. They narrowed their choices to Carmel and Denver and settled on Carmel because it was nearer to family on the East Coast.

“We were looking for a place that would help our kids grow, and we found Carmel,” Jennifer said, adding that the family “flew in and fell in love.”

Life settled into a routine for the new Carmel residents, and the memories of Sept. 11 began to feel a little more distant, Jennifer said. It wasn’t until Oakley wrote a letter of intent to express interest in attending the Air Force Academy that she understood the profound impact the terrorist attacks had on him.

“It really shocked me,” Jennifer said. “I didn’t realize how much it affected him. It was part of every day for us, but I didn’t think of the kids and their perspective.”

The Blakes wear red, white and blue each year on Sept. 11 to mark the occasion. Even though her memories of that day are intense on the anniversary, Jennifer said knowing her son plans to don his nation’s colors in a military uniform gives her hope.

“I can see the future getting better, especially with people like Oakley who will protect us,” she said.

For Oakley, an Eagle Scout who plans to follow in his father’s footsteps as a pilot, it just makes sense.

Oakley Blake wrote the following letter of intent in 2018 to express interest in attending the Air Force Academy.

“Writing this in the month of September holds a lot of meaning to me. Seventeen years ago, I was just a child. We lived in the northernmost part of New Jersey at the time, about 30 minutes away from New York City. My father worked as a commercial pilot and my mother worked as a programmer, so I was often dropped off at a nearby daycare. Because NYC was so close to the daycare, families would often drop their kids off there before commuting to their jobs in the city. There is one terrible day I spent at that daycare that would be marked in American history forever. I was too young to be aware of it at the time, but the two planes had struck the Twin Towers. The date was September 11th, 2001.

My family still shares the stories of that day. My father’s phone was ringing nonstop, with people making sure he was not flying at the time. My grandfather was working in the city, trapped as public transit back to his home had been shut off. But then there was me, still in that daycare with the other children. We played as though nothing was wrong, unaware and unaffected by the outside world. Parents came to pick up their kids one by one, earlier than scheduled. But there were some kids that would stay later than the rest, because their parents will never be there to pick them up.

These children are the reason I want to serve in the Armed Forces. The kids that I played with as a child lost their parents forever that day, and the thought of them will stay with me the rest of my life. They made an unknowing sacrifice on September 11th to all of us, and I will repay them by defending the freedoms they so rightfully deserve.”