In the 1920s, the Town of Zionsville was fondly known as The Dahlia City due to two neighboring nurseries in the Village having success with growing dahlias, a tuberous perennial native to Mexico. The dahlias were sold locally and nationally in mail-order catalogs. Now, nearly a century later, the Zionsville Cultural District is working to bring the moniker back.

ZCD board member Mark Zelonis said each board member took on a different responsibility, including the Lincoln Park Concert Series, the town’s sidewalk poetry project, a new mural in the Village, painting traffic control boxes and revitalizing Zionsville as The Dahlia City. Zelonis’ project was the dahlias. 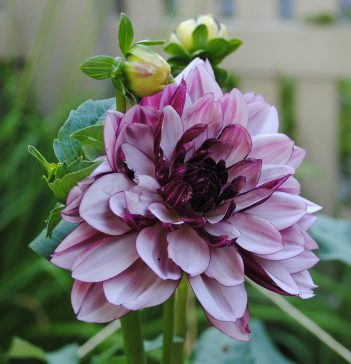 One of Mark Zelonis’ dahlias. (Photo by Anna Skinner)

The ZCD gave away 50 free dahlia tubers to local gardeners in early May, and all the tubers were claimed within 90 minutes.

“Former board member Dean McKnight said ‘Why don’t we do this as another form of culture? We have music, we have poetry, we have murals, how about horticulture as another form of art or culture in the Town of Zionsville?’” Zelons said. “He knew about this dahlia history.”

The ZCD spoke to the Boone County Master Gardeners in early March, and one of the members was a graphic designer who produced an informational postcard for the ZCD to use about the dahlias. Zelons himself is a horticulturist who previously worked at the Indianapolis Museum of Art gardens for 18 years.

Zelonis said he thinks people may make growing dahlias seem harder than it actually is.

“I’ve been delving into the world of these dahlias, and just like roses, Hosta, day lily (societies), people can become fanatics if one petal is out of line or if there’s an insect on a leaf, but I tell people as I did that day of our bulb giveaway, if you can grow a potato by taking a potato and cutting it in quarters and putting it in the ground, they grow the same way, from a tuber,” Zelonis said. “I put these in the ground a couple weeks after the farmers market (in May), and now they’re growing several inches a day and they’re all budding up to produce some big flowers.”

Next year, Zelonis hopes to double the number of free tubers to give away.

At the Sept. 14 farmers market, from 8 to 11 a.m. at the corner of Main and Hawthorne streets, the ZCD is encouraging locals to bring their dahlias and show them off at the market.

“Bring whatever flowers you have, we will not be judging them in any way,” Zelonis said. “Maybe years in the future we might do something like that, but right now it’s really just to show off what you can grow at home. It’s fun to just show off and also to see what other people do to see the varieties of shapes and colors and things.” 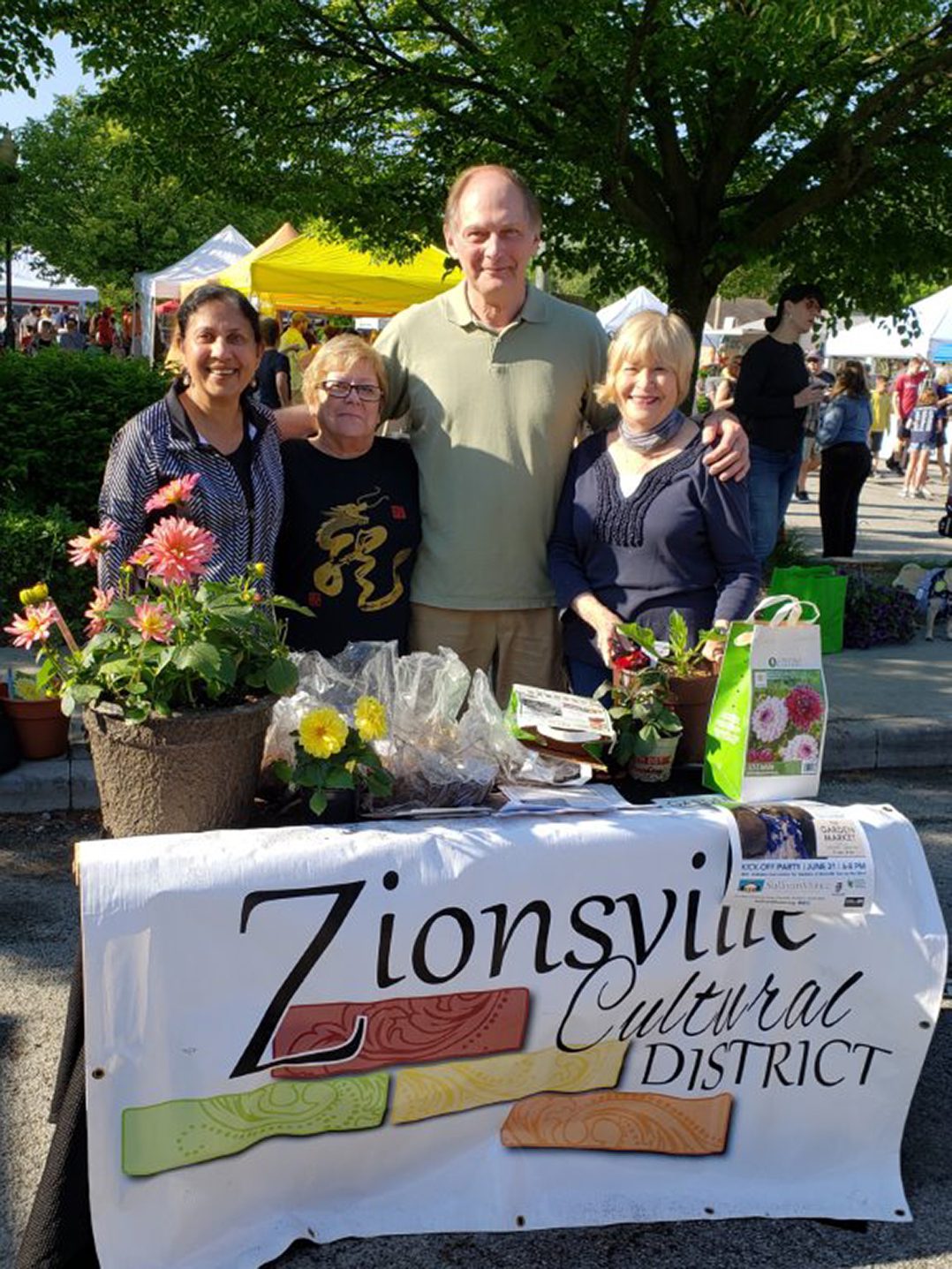 The two neighboring nurseries with success in growing dahlias were Tudor Gardens, operated by sisters Jennie and Adah Tudor, and Parkway Gardens, operated by Fred Gresh. The Tudors used to run their nursery out of a building at the corner of Third Street and West Lebanon Street. Gresh lived where the Zion Nature Center currently stands, 690 Beech St., but his dahlias were grown in fields where Eagle Elementary currently stands, 350 N. Sixth St. Gresh won the Gold Medal Award from the American Dahlia Society at the 1933 Chicago World’s Fair for his lemon-yellow hybrid dahlia called Zion’s Pride.