You are at:Home»Current in Carmel»Carmel Community»Carmel author pens chemistry book for toddlers

Stephanie Ryan has written curriculum for students ranging from kindergarten to graduate school and has been published in several academic publications. But now she wants to make a name for herself as an author of a children’s book. 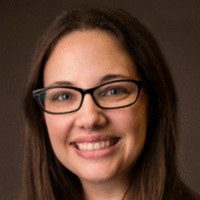 Ryan, a Carmel resident who has a doctorate in learning sciences and an M.S. and B.S. in chemistry, has penned “Let’s Learn about Chemistry: A Chemistry Book for Toddlers.”

“The book is designed to be educational and fun for ages 0 (and up), with older kids interacting more with the book and understanding more of the content,” Ryan said. “The illustrations (by Christine Cagara) are bright and colorful and incorporate fun activities from everyday life. These books are intended to be read together with an adult.”

Her son, Charlie, was the inspiration for the book, which started as a series of PowerPoint slides.

“I was watching him play one day, and he was sorting things using comparisons of similarities and differences,” she said. “As a chemist and an educator, I realized that many general chemistry concepts are based on categorical descriptions like this and that kids at an earlier age could be exposed to them.”

The illustrations are of actual kids playing with their real-life favorite toys.

“The best part of the book is that kids might pick a different pattern that they notice, and that is perfectly fine,” Ryan said. “They are providing evidence for their claims, which is another skill the book promotes.”

Ryan has turned to Kickstarter to help fund the cost of printing the first order of 1,500 copies. The Kickstarter is only funded if the 100 percent goal is reached.

“So, we have loads of options for supporting. Any amount truly helps get this book into print,” she said. “Many pledge options come with a copy of the book, so backers can help get the book into print and get one, too.”

The overall goal of the book is to make learning chemistry more accessible and fun.

“I always hear, ‘Oh, I didn’t do well in chemistry in school’ or ‘I hated chemistry,’” Ryan said. “But chemistry is all around us, and if we focus on the patterns early, I hope to keep children excited about science. Maybe in 20 years chemistry won’t have such a bad reputation.”

Learn more about the Kickstarter campaign at kickstarter.com/projects/chemistrytoddlers/lets-learn-about-chemistry-a-chemistry-book-for-toddlers.