You are at:Home»Current in Zionsville»Zionsville Business Local»The Growth Coach changes to open in Carmel

The Growth Coach of North Indianapolis has a new location and a new operator. Bob Paden of Zionsville is the hand–picked replacement of the franchise’s former owner and the company’s current president, Lisa Hudson. 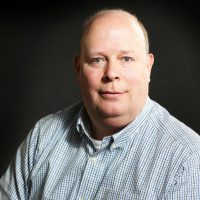 Among other services, The Growth Coach offers one-one-one business coaching, workshops and advising for managers and company leaders. The former location also was in Carmel.

On July 25, Paden celebrated the opening of The Growth Coach’s new location at 71 Monon Blvd, Suite 200, in Carmel. Paden said the location will allow him to easily serve his clients in Boone and Hamilton counties.

Paden has worked as a consultant for more than 10 years. He has spent the past three years operating his own consulting firm, TIER321. Paden said part of what drew him to The Growth Coach is its focus on working with the business owner first.

“We work on how to get a business owner where they need to go,” he said. “The focus is on the owner first, since they set the goals, then the managers and then the employees.”

Hudson’s decision to sell the franchise to Paden grew out of what Paden called a weekend of chatting and networking.

“When I met Bob, I was impressed not only by his experience, but also his authentic and practical approach to working with clients,” Hudson said. “I know our Indianapolis clients are in good hands.”

Paden said purchasing the franchise has allowed him to hit the ground running.

On July 24, Paden led a Business Growth Coach session at the Boone County Chamber of Commerce.