You are at:Home»Current in Carmel»Carmel Community»State’s campaign finance law archaic to some – and not likely to change

At the most recent Hamilton County Election Board meeting, the board reviewed complaints about local corporations exceeding their state-mandated donation limit of $2,000 per year apportioned among all local candidates.

Carmel resident Larry Kehoe reported the violations, but he views another problem as much bigger: outdated state laws that only consider how a business is structured in enforcing campaign contribution limits.

In 1986, Indiana legislators placed caps on how much money corporations and labor organizations can donate annually to candidates, ranging from $2,000 for local candidates to $5,000 for statewide ones. One of the law’s intents was to stop wealthy or powerful donors from buying too much influence.

“It’s ludicrous that (a corporation can) fall under the law created for firms that deal with governments and giving money to candidates they want to get elected so they feel ingratiated to them, yet a corporation like Pedcor that has millions of dollars can give $60,000 or $100,000 per election cycle to the mayor and his group and there’s no problem with that,” Kehoe said at the July 2 Hamilton County Election Board meeting.

The corporation Kehoe was referring to is a Carmel-based law firm that he identified as giving $1,500 more than allowed to four city council candidates so far this year (a complaint ultimately dismissed by the board). Pedcor, on the other hand, which has partnered with the City of Carmel on several major developments, donated more than $22,000 to Carmel candidates in advance of the May primary election and is free to contribute at will in the general election, as well. 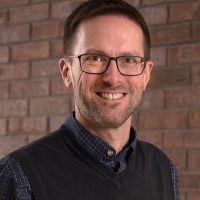 But Indiana campaign finance law isn’t likely to change soon, according to experts.

“I think you would find an awful lot of people say, ‘If you’re going to put restrictions on LLCs, where else should you put them?’” said Andrew Downs, director of the non-partisan Mike Downs Center for Indiana Politics. “Given the scope of work the general assembly has to do each year, it’s easier to leave it alone since both political parties and candidates can benefit from a very narrow definition of corporations.”

State Rep. Jerry Torr, a Republican who has represented much of Carmel since 1996, said adding campaign contribution limits to other groups has not been a priority among legislators. However, he’s not ruling out the possibility of eventually removing the cap on corporate and union donations.

“Most corporations are getting around (the cap) anyway,” Torr said. “To me the most important thing is opening the public information.”

Candidates are required to file campaign finance reports by certain deadlines each year. The reports show which individuals, corporations and other organizations have donated to a particular candidate and how much.

“It’s all very transparent,” Torr said. “Voters can see who contributed and make their own decisions about who they want to elect if that’s a factor for them.”

The documents must be made available to the public, but there’s no standard for how that’s done. Many counties post them online, while others require in-person visits to view them on paper.

Downs said the system in Indiana isn’t always easy for voters to navigate. He said many voters don’t have the time to dig through paperwork and interpret the reports, which are often rife with errors.

For example, among candidates who ran in the Carmel municipal primary election in May, at least five appeared to have accepted funds from corporations that exceeded the donation limit in Carmel races alone according to their campaign finance reports. But a search of the business on the Indiana Secretary of State’s website showed that the businesses are actually LLCs or LLPs and therefore not subject to the cap.

In Hamilton County and elsewhere in Indiana, violations and errors are rarely caught by the election boards, as they only investigate when a complaint is brought to their attention. And some violations can be difficult to catch, such as excess contributions from corporations given to multiple candidates across the state. It can take quite a bit of time, research and math to catch potential violations.

“The election boards on the county level lack the resources to attempt to identify donations in excess of the aggregate,” Downs said.

According to data compiled by Current from campaign finance records, the biggest non-individual donations (direct and in-kind) in the May municipal primary were:

The biggest non-individual donors (direct and in-kind) to all Carmel candidates in the May primary include: