You are at:Home»Current in Noblesville»Noblesville Community»Council re-ups agreement with county for Logan Street Pedestrian Bridge

The Noblesville Common Council met July 23 for a regular meeting at City Hall. Councilor Roy Johnson was absent. The next council meeting will be at 7 p.m. Aug. 13 at the City Hall Council Chambers (second floor), 16 S. 10th St.

What it means: The approval amends Articles 2, 4, 5, 6, 8, 11 and 15 – concerning definitions, zoning applications and approvals, subdivision procedures, site design and improvement standards, zoning districts, signs and enforcement, respectively – and appendix A,  concerning fees, charges and expenses, as an overall update for the unified development ordinance. The ordinances were last updated in 2017. 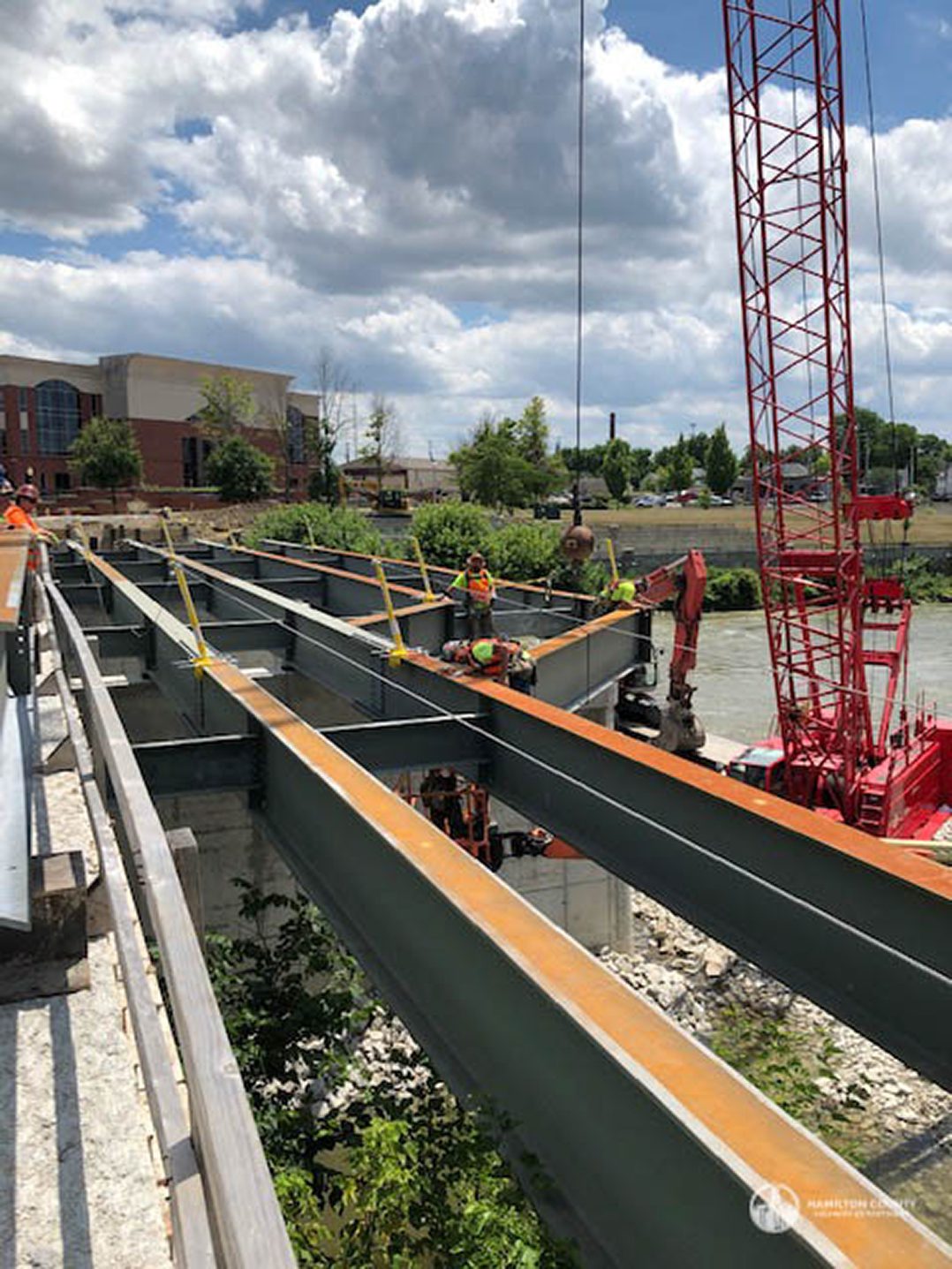 Construction crews widen the south side of the Logan Street Bridge over White River for a pedestrian bridge. (File photo)

What happened: The council introduced an ordinance to approve additional appropriations from the city’s general fund for a public purpose grant for the reconstruction of the Logan Street Pedestrian Bridge over White River.

What it means:  Jeff Spalding, city financial controller, explained the need for the appropriation.

“We appropriated funds last year for this purpose, but it was in anticipation of this (memorandum of understanding) being completed with the county. Well, that all didn’t quite occur during the last fiscal year,” Spalding said. “As a result, the appropriation for that lapsedm so this is, in effect, reappropriating funds that (the council) appropriated the previous year. The amounts have been set based on the amounts referenced in that MOU.”

What happened: In line with the agenda item prior, the council approved a memorandum of understanding between Hamilton County and the City of Noblesville concerning construction of the Logan Street Pedestrian Bridge over White River.

What it means: City of Noblesville and Hamilton County attorney Mike Howard explained the details.

“This memorandum of understanding was discussed mid-year of 2018,” he said. “The bids came back substantially higher than anticipated. The amounts in this MOU were arrived at by talking to the engineering department for the county. Essentially, we have a base reimbursement in Paragraph 2 of $1,542,823, and that includes our contribution, not only to the construction of the structure, but also the lighting on the structure.”

The MOU outlines costs associated with the widening of the bridge to allow for a pedestrian pathway along the road’s edge, crossing over White River. The city and county have agreed to split costs.

The project is set to be complete by September but has experienced delays because of heavy rain.