You are at:Home»Current in Westfield»Westfield Community»Pedigo to speak at Friends conference in Tanzania 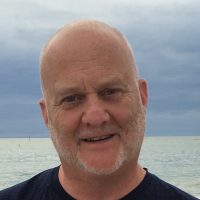 “The Friends in Kenya are huge,” Pedigo said. “They’re the largest gathering of Quakers in the world. They’re so big now that they use the Friends’ schools as their public schools.”

The conference is conducted every three years. This will be the first year the meeting will be in Tanzania.

“They’re having it in Tanzania because they have this huge rush to reach out to people there,” Pedigo said. “They want to encourage the movement there.”

The theme of the conference is “Enduring in Ministry,” a biblical message from 2 Timothy 4:5.

“For most of these pastors it’s not an easy ride,” Pedigo said. “They’re up against a lack of resources. It can be very discouraging. I will be encouraging them in their faith and letting them know they’re not alone in this struggle. I want them to know there is a purpose in what they’re doing.”

Pedigo wants to encourage the pastors to stay focused for the long haul.

“When you’re on a mission or when you’re in the ministry and you come up against hard times, you start to ask yourself questions about why you’re doing this,” he said. “If you can’t come up with good answers, you probably won’t last long. They’re doing it because God has called them and he’s expanding his kingdom through them.”

Pedigo will have an interpreter to translate from English to Swahili.

“I’ve been in the ministry around 43 years,” he said. “So, I’ve seen tides and movements, and in my opinion, this is probably the biggest movement of Christianity. I want to support that.”