You are at:Home»Current in Zionsville»Zionsville Cover Stories»Running for Office: Zionsville resident plans to run for attorney general 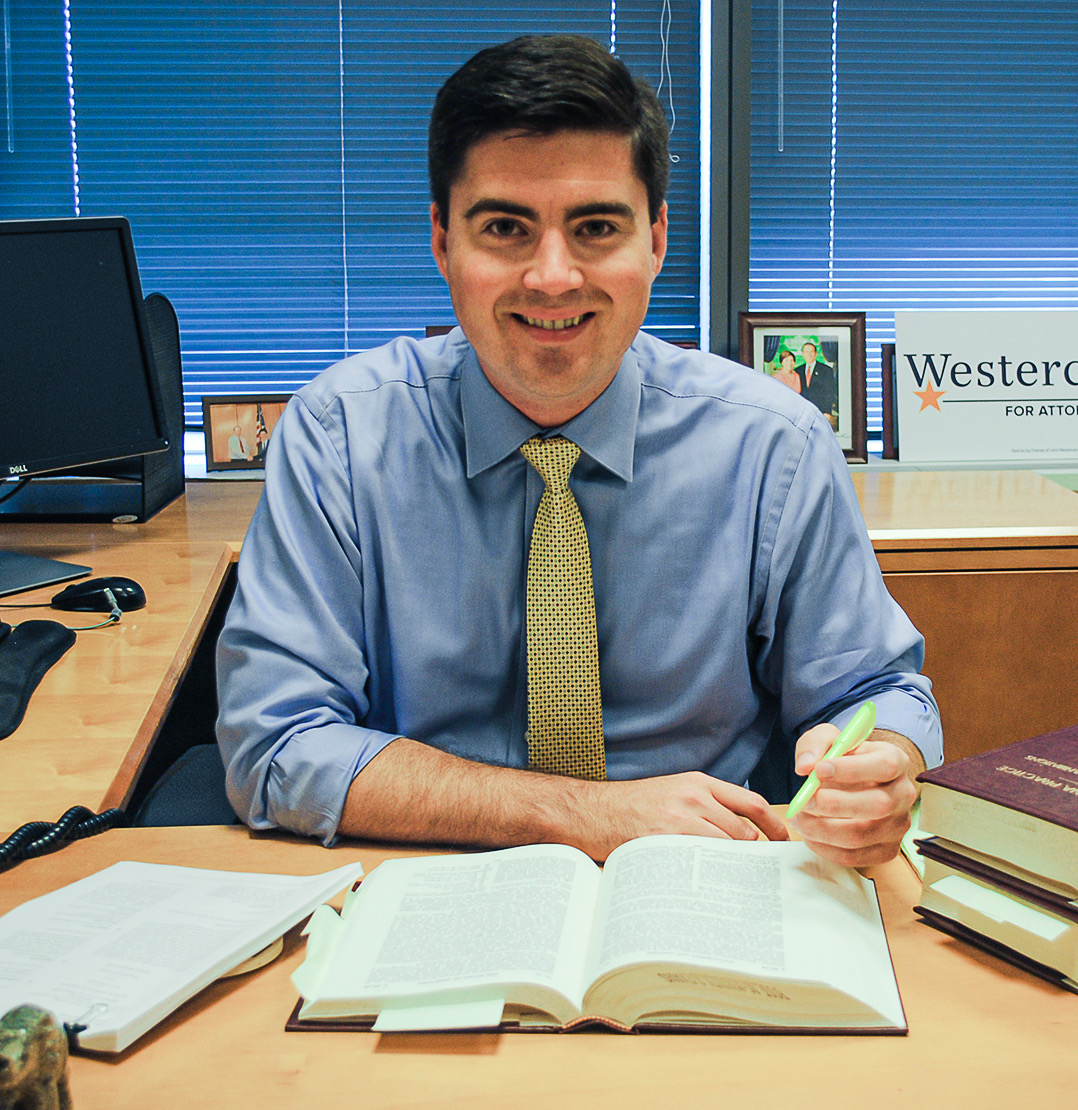 John Westercamp is a candidate for Indiana attorney general. (Photo by Anna Skinner)

John Westercamp is only 30. But he is already a successful attorney with a large Indianapolis law firm. Moreover, he plans to marry his fiancé, Tarrah, later this month.

A Zionsville resident who is fond of The Scoop and Convivio in the Village, Westercamp also has one other distinction: He is seeking the Republican nomination for Indiana attorney general.

His comparatively young age not withstanding, Westercamp is confident he is ready for the challenge.

“I’m as old as (former U.S. Rep.) Todd Rokita was when he ran for (Indiana) secretary of state,” Westercamp said. “Everybody is curious. People just want to know how old you are. They’re intrigued by it and they want to know what experiences you’ve had, and I’ve been fortunate enough to have a lot of great experience in Indiana.” 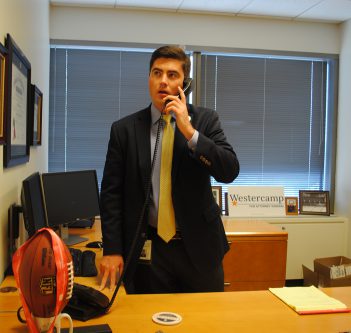 John Westercamp works in his office at Bose McKinney and Evans in Indianapolis.

In his current occupation, he is a business transactions lawyer for Bose McKinney and Evans. He joined the firm five years ago straight from law school.

“What a business lawyer does is represents businesses to try to help them grow and expand, whether they’re buying a division, selling an affiliate, raising investments,” he said. “I thought I initially wanted to be a prosecutor, then I studied management and got a master’s in finance from Purdue, and there’s this whole area of law I didn’t know existed until I went to law school.

“It opened up for me, and since I had a financial background, it enabled me to be a corporate lawyer.”
Westercamp said his connection to business law will be beneficial if he wins election.

“We need somebody that’s attorney general that brings a private sector perspective, who can understand the difficulties complying with regulations, particularly with a smaller Hoosier business,” he said.

If elected, Westercamp also has several other agenda items he’d like to address, including fighting federal overreach and ensuring the attorney general’s office is a good steward of taxpayer dollars. He’s also wants to decrease robocalls.

“We need a comprehensive approach,” he said. “The mindset that people have generally when they go into office, particularly with a lot of career politicians, is a reactionary method. As a business lawyer, my perspective is different because I’ve worked in the private sector and I think the approach we need to take is a preventative method. I will work with the state to negotiate contracts with telecom providers to reduce the number of robocalls Hoosiers receive.”

The election year for attorney general is 2020. Westercamp has already begun his campaign efforts and plans to visit all 92 counties. The nominee will be selected at the Republican State Convention in June 2020.

“It’s a unique process,” Westercamp said. “At (the) convention, delegates are selected from every county. There’s 1,800 (delegates) total, and the delegates will select the nominee for the Republican party.”

Curtis Hill, a Republican, is the current the attorney general. Attempts to reach Hill were unsuccessful. 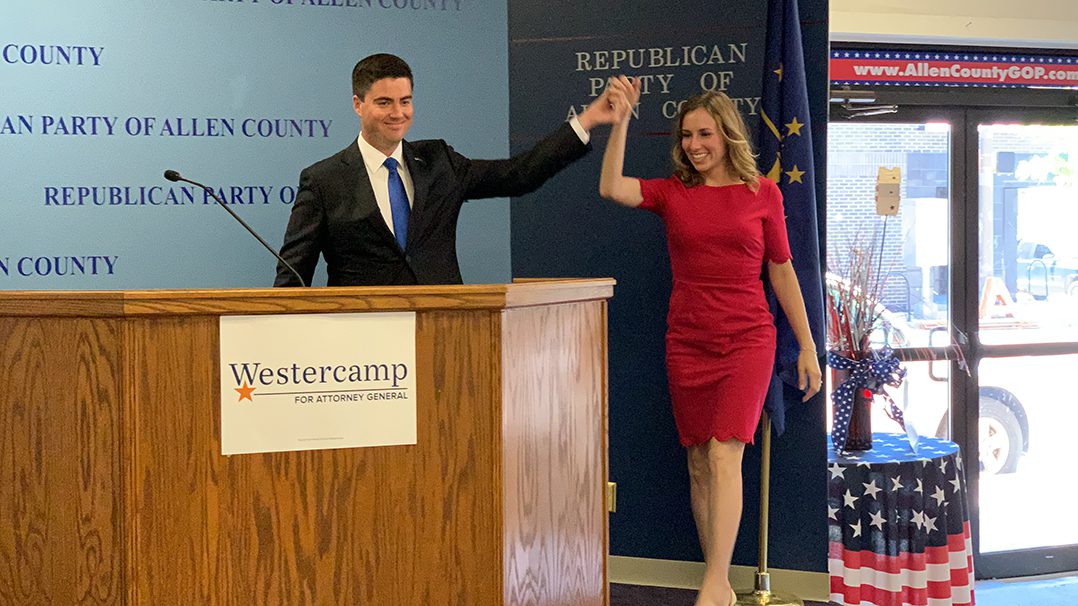 Education: Attended Greenwood Community High School and graduated in 2007. Attended Purdue University for three years and graduated a year early with a degree in management. Attended law school at Indiana University. Earned a master’s degree in finance from Purdue. Earned his juris doctorate from IU.

Favorite things to do with his fiancé, Tarrah: Watch movies, eat at El Toro in Zionsville, where they went on their first date and also where they got engaged; go out for ice cream together.