You are at:Home»Current in Carmel»Carmel Community»Indianapolis Metropolitan Planning Organization awards $55.5 million in funding

The Indianapolis Metropolitan Planning Organization announced May 22 it has awarded $55.5 million in funding for various infrastructure projects in several areas, including Carmel, Fishers, Westfield and Hamilton County. The projects will go to bid in 2024.

The projects funded in Hamilton County include: 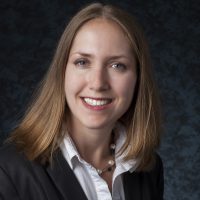 According to a press release from the Indianapolis MPO, each project requires a local match to be funded, and the projects were judged based on technical criteria relative to the funding category. The criteria include impacts to air quality, improvements to congestion, safety, pavement quality and more.

“With requests for 69 projects totaling $180 million, it is clear that infrastructure needs in Central Indiana are great,” Indianapolis MPO Executive Director Anna Gremling stated. “This funding will help local governments address the ongoing challenges of building and maintaining the infrastructure that is so critical to the regional and state economies.”

Other projects are in Avon, Beech Grove, Franklin, Greenfield and Indianapolis.