You are at:Home»Current in Geist»Geist Community»Linch named principal for early learning center at Brook Park

Last month, the Metropolitan School District of Lawrence Township Board of Education approved Justin Linch as the new principal of the early learning center at Brook Park.

Linch joined the MSDLT staff in 2001 and has spent his entire educational career within the district. 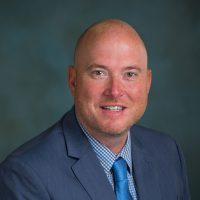 Prior to his new position, Linch has served in administration as the interim

“I am honored and humbled to be selected as principal of ELC Brook Park and look forward to serving the wonderful students, staff, parents and community members,” Linch stated. “It is a privilege to work with our district’s youngest learners, helping to foster in them a lifelong love of learning.”

Principal Program in 2013. Linch also is a graduate of the MSD of Lawrence Township Teacher Leadership Academy.

“Mr. Linch is a passionate educator. In the years I have known him, he has grown as a leader and demonstrated unwavering commitment to the students and families of our district,” Supt. Shawn Smith stated.

Linch is married to Lisa Linch, a 2001 Lawrence Central graduate. They have two children, Austin, 7, and Brody, 5.