Cynthia Kauffman has a longstanding connection to “Thoroughly Modern Millie.” 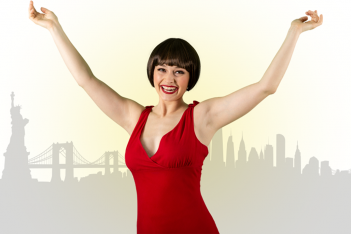 Kauffman has loved the music since she first heard it in fifth grade.

“They have the big finishes and it’s a classical musical theater show,” Kauffman said. “Millie was a dream role when I first got to play it. Now that I’ve been through college auditions and all, it’s exciting to come back. I have a chance to up my game and have a second try at who I think Millie is.”

Kauffman, who will attend Syracuse University, was selected to be one of 40 students nationally to participate in the Songbook Academy, a weeklong intensive workshop that culminates with the finals July 20 at the Palladium in Carmel. Jack Ducat, who will be a Carmel High School junior in August, will co-star with Kauffman in “Millie” and also was selected to the Songbook Academy.

“Although I hadn’t ever seen the full version of the show before, I was familiar with the music itself,” Ducat said. “One of the main reasons I really wanted to audition was because the music is just such an incredibly challenging piece within itself and is just beautiful.

“For me, not only is it super fun to play a character that has such a dynamic shift between unkind and snappy to a hopeless romantic, but playing that shift well is also super challenging. The music itself is also very challenging, for Jimmy’s vocal track is very diverse.”

“Although my character is not in this song, I think that this song is incredibly important to the show, for not only does it show a shift in Millie, but it helps the audience realize the importance of love in one’s life,” Ducat said. 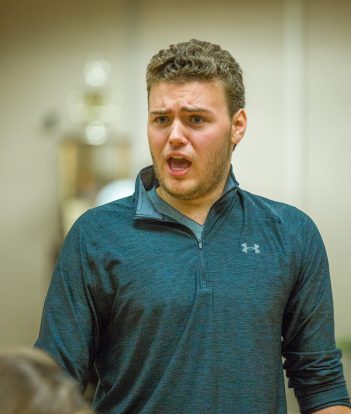 “It was a blast,” Ducat said. “This will be my second time performing with Summer Stock Stage and I cannot wait to be on the IRT stage. The entire facility is truly incredible, and I can’t wait to experience performing on a stage that so many incredible performers have performed on in the past.”

Fishers resident Nate Schlabach, who will be a Bishop Chatard senior, plays Trevor Grayden, who is the boss at the Sincere Trust Insurance Co. that employs Millie.

“She has high hopes to marry him, but what’s great about the character is he’s completely oblivious of her attraction to him,” Schlabach said. “Aside from him being oblivious about that, he also later falls instantly in love with the character Miss Dorothy. That creates probably the best aspect of playing the character, which is his complete over-the-top dramatics which I think are absolutely hilarious.”