You are at:Home»Current in Carmel»Carmel Community»U.S. Rep. Brooks announces retirement to spend more time with family

Starting with her second term, U.S. Rep Susan Brooks had discussions with her family about whether to pursue another term in the off-election cycle. 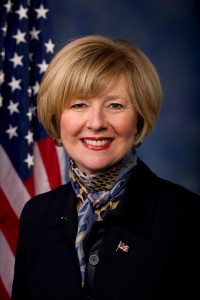 “When Republicans won the presidency I definitely thought I could see myself wanting to stay four years with a Republican president,” Brooks said. “With the first term of that, it was exciting to get a lot of legislation really moving. That has slowed down (with Democrats taking control of the House of Representatives), but I can’t complain too much because I really got a significant piece of legislation done with the reauthorization of the Pandemic All-Hazards Preparedness and Advancing Innovation Act.”

This time, after consulting with her family, the Carmel resident decided she wanted to spend more time with her husband, David, and their two children, who are spread out across the U.S. Brooks’ daughter, Jessica, lives in Minneapolis and her son, Conner, is in Anchorage, Alaska. Brooks said she and her husband need greater flexibility to visit their own parents when their care needs grow. So Brooks, 58, announced June 14 she will retire after the end of her fourth term in 2020.

“It’s a quality-of-life issue and nothing else,” said Brooks, who won re-election in November 2018 with nearly 57 percent of the vote against Democratic challenger Dee Thornton.

In addition, Brooks serves as a recruitment chair in the Republican Party and wanted to give Republicans in her own district time to decide on a new candidate.

“We are trying to encourage those who were defeated in the last election to make their decision sooner rather than later whether they are going to run or not,” Brooks said. “People I talk to around the country often are wanting to wait to hear whether a former member is going to decide whether to run. I realize as I’ve been talking to people around the country, I need to do the same thing for my own district.”

Brooks said it was eight years ago in June that she made the decision to run before the May 2012 primary.

“It gives anyone who is considering the time to make a decision and develop their strategy and plan how they can win a primary next May,” Brooks said.

Brooks said she has always believed in term limits.

Brooks said she has made it a mission to recruit more Republican women to run for office and help them win.

“I’m also helping recruit younger people and people of color,” she said. “I’m pretty sure there will be a lot of strong Republican men and women looking at this seat. We have a deep bench in the 5th (District), from elected officials to people who have never run for office. I think there will be a lot of people exploring my seat.”

“Susan’s presence in Hamilton County and the 5th District extends beyond political boundaries,” Campbell said. “She has been very responsive to the needs of the county and district, handling constituent needs in over 4,000 cases, and has been a strong leader in the House, passing eight bills, and became the first woman from Indiana to chair a House committee. She has served as a mentor to young women who are interested in future leadership and elected office and has advised many candidates running for office.”