Steve Henke didn’t get a chance to celebrate being inducted to practice law, at least not right away.

He was clerking at a firm in downtown Indianapolis in 1977 when attorney E. Davis Coots asked when Henke would be eligible to begin taking cases. Henke gave his answer, and Coots assigned him a jury trial for the following day. 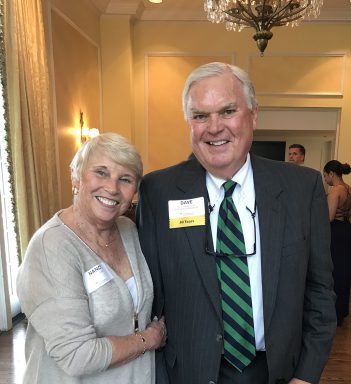 Dave and Nancy Coots pause at the Indianapolis Bar Association Practice Milestone Celebration May 9. Dave Coots was honored for 50 years of work as a lawyer at the event. (Submitted photo)

“He actually handed me a jury trial, so I couldn’t go celebrate that evening with the rest of my friends,” Henke said. “He and I have often laughed about that, an attorney having a jury trial the first day they’re practicing law.”

Thus began a friendship and business partnership that inspired the two men to open their own law firm in Carmel, where they worked together for more than 20 years. Henke left the firm to become a developer, but Coots, 75, still works full time at Coots, Henke & Wheeler at 255 E. Carmel Dr.

In May, the Indianapolis Bar Association honored Coots for 50 years of work in the profession. He has no desire to slow down anytime soon.

“I like what I do. I still enjoy and have the enthusiasm for new matters that come in, and you never know (what will happen) when you get here in the morning,” Coots said. “When you get into the office the phone is going to ring and somebody is going to say, ‘Dave, I need some help.’”

Coots grew up in Farmington, Ill., a small town west of Peoria. After graduating high school, he went to Monmouth College with plans to become a veterinarian, but a professor with a law degree encouraged him to change course. A couple of years later, he began taking classes at the IU School of Law. 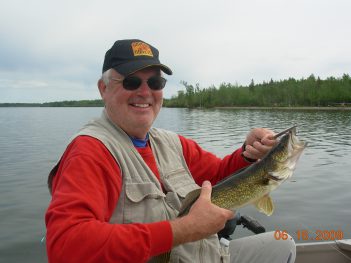 He got his first job in law as a clerk at Locke, Reynolds, Boyd & Weisell – the firm where he later met Henke – and passed the bar exam in 1969. He and his wife, Nancy, purchased a home in Carmel’s Woodland Springs neighborhood, and Henke soon moved nearby.

The two men began carpooling to work, and during the commute they would discuss the possibility of opening their own firm. The Blizzard of ’78 gave them a final push to make it happen.

“We had so much snow that you couldn’t go to work,” Henke said. “We got together and talked about the actual planning of how we were going to do our law firm.”

Coots & Henke opened July 1, 1978, inside a Fidelity Bank building on the southwest corner of 116th Street and Range Line Road. James K. Wheeler, who is semi-retired, joined the team in 1980. The firm quickly outgrew the space and had plans to move into a new office building on the north side of Carmel Drive, but delays led Coots and Henke to purchase land from the Carmel Racquet Club and build in front of it instead.

They’ve since expanded the building and dedicated much of it to space for mediation, a service that allows greater flexibility for the attorneys compared to a courtroom.

“It’s kind of like running a bed and breakfast,” said Coots, a Westfield resident. “You can work when you want to and be full if you don’t.”

As Coots worked to launch his own law firm, he also served in city government. Voters elected him to the Carmel City Council for a term that lasted from 1976 to 1980, and during that time he also served on the Carmel Plan Commission. He helped create the Meridian Corridor overlay zone, which he said has turned out to be much better for Carmel than he originally envisioned.

“The businesses that Carmel has added over the years into that expanded width is such an engine for tax revenues for the rest of Carmel that it separated us from every other community up and down U.S. 31,” he said.

Carmel Mayor Jim Brainard said that Coots has always had the best interest of Carmel in his heart and thanked him for his service to the city.

“It’s hard to imagine what Carmel would be like today without the pioneers of our city government, who laid the groundwork for so many of the successes we have seen come to fruition over the last few decades,” Brainard said. “Dave Coots was an integral part of that pioneering spirit as a member of Carmel’s first city council, back in the mid-1970s, long before many of today’s residents were even born.”

Coots worked as Carmel city attorney from 1980 to 1982 for Mayor Jane Reiman’s administration. He said learning about the city’s legal issues helped shape the direction of his practice. And Carmel’s massive growth spurt helped solidify his presence in Carmel, too. He’s become an expert in real estate law but also practices business and family law.

Through the years, he’s been involved in several “major pieces of litigation,” he said, including representing Chrysler in 1971 after an Indianapolis 500 pace car wrecked and injured several people and again in 1973 when a racecar driven by Salt Walther crashed on the first lap of the race and burned people in the crowd with fuel. He’s also worked on cases involving large estates, product liability and dismemberment.

Coots describes his style as “laid-back,” and Henke said his common-sense approach has solidified his reputation in the legal community.

“Dave’s forte has always been to gain the respect of those who were opposed to him as well as those who he’s representing,” Henke said. “He has been able to work out problems and issues and clients listen and take his advice. His advice is always well thought out.” 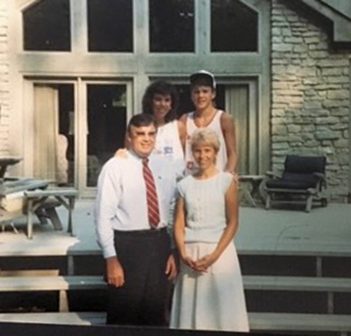 Dave and Nancy Coots and their children, Barb and Dan, who is now an attorney at Coots, Henke & Wheeler, pause for a photo in the late 1980s. (Submitted photo)

Throughout his career as a full-time a lawyer, Coots has made time to serve his community, too. He has volunteered as chairman of the Carmel Chamber of Commerce and served as a board member for the Carmel Clay Public Library Foundation, Indianapolis Bar Association and its foundation, Carmel United Methodist Church and elsewhere. He serves on the board for Actors Theatre of Indiana.

A father of two and grandfather of two, Coots enjoys traveling, fishing and playing golf, which he takes more time to do now than he did early in his career. He’s been to 25 European nations and plans to continue exploring the world with Nancy, his wife of 55 years.

“I’m a very blessed person with the family that I have, the practice that I have enjoyed over these years, the people that I’ve worked with and worked for,” Coots said. “I look back with contentment about how my life has evolved to this point and anxious to see what’s to come.”