You are at:Home»Current in Zionsville»Zionsville Cover Stories»Knee-high by the Fourth of July?: Local farmers having difficulty planting crops due to wet weather

Zionsville resident Dawn Kouns said the adage “knee-high by the fourth of July” in reference to corn growth isn’t accurate as a result of modern farming methods. But she said the saying might prove true this year because local farms are still fallow after excessive rain.

“What’s interesting is the wet weather has really been since last fall,” Kouns said. “A lot of people in general notice weather but they don’t realize the rolling effect of weather last fall and the difficulty it causes farmers.” 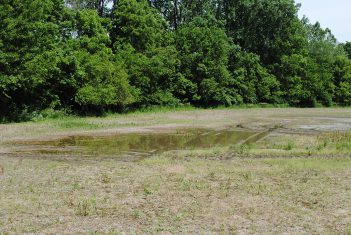 Only 22 percent of the state’s corn crop is planted. Typically, 85 percent of the crop should be in the ground by now. Farmers will either have fallow fields or plant crops around pools of water. (Photos by Anna Skinner)

Planting this season also has proved difficult. Typically, the cut-off date to plant corn is May 10. Kouns, along with many other farmers, only has about 30 percent of fields planted.

“This is very, very late trying to plant,” she said. “I’ve heard people getting out and getting stuck and people having to plant around pools of water in the fields. Grain prices are rising, which when grain prices rise, food prices rise because the cost to feed the animals is rising. It has an effect on everyone, even if you don’t realize it at that point.”

Driving by fields, residents might see stranded tractors, which can’t be retrieved until the ground dries.

In addition to growing corn and soybeans, the Kouns also have a hay crop. But because of wet fields, farmers can’t cut the hay to meet the high demand of local horse farms.

Kouns said she and her husband have never experienced wet weather to this extent. Even if farmers are able to plant corn, rain still poses a problem.

“Now, we have a shorter growing season, so if it continues to rain, it can wash out the seed or it could rot in the ground,” Kouns said. “The hardest thing about farming is you can’t control the weather.”

Excessive percipitation can sometimes cause farmers to work in ways they otherwise would not, such as working in fields until 3 a.m. during windows of dry weather.

“It becomes risky,” Kouns said. “They get tired and there’s dangerous farm equipment.”

“Most people aren’t aware, and if you’re not in the midst of it, you really wouldn’t be aware of it,” she said. “But it is going to start impacting people that are (agriculture) retailers.” 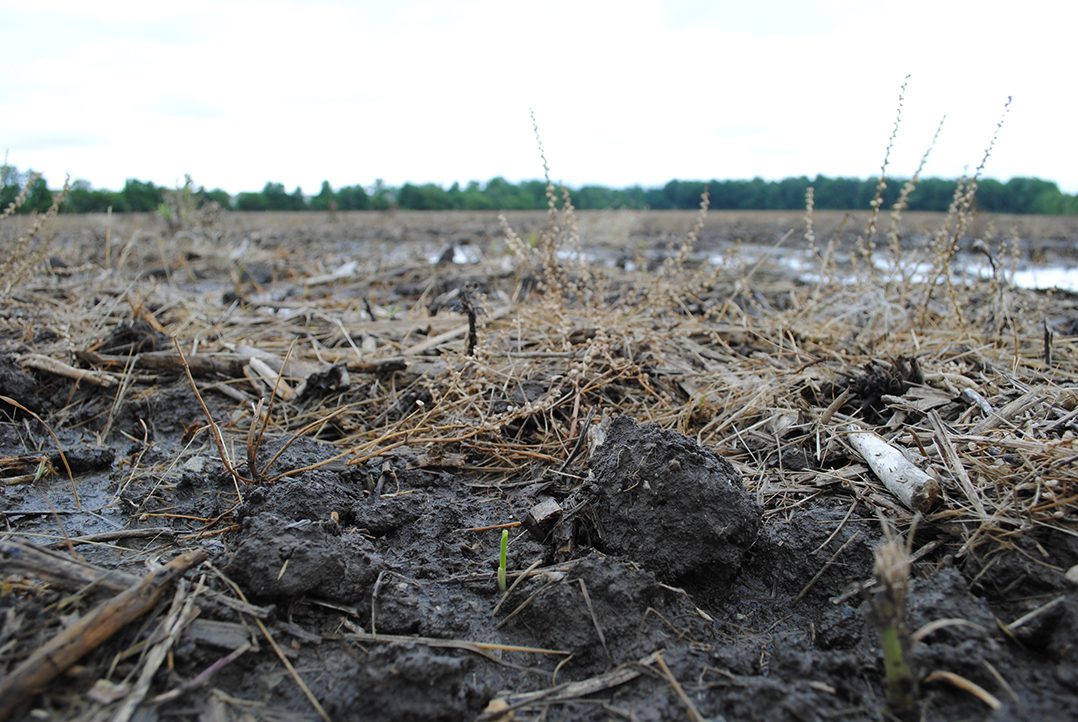 A corn seedling sprouts in a wet field after it was planted late due to wet weather.

Zionsville resident Dawn Kouns said it’s not just central Indiana experiencing weather issues. Kouns farms corn, soybeans and hay, and horse farms are inquiring if she has hay available. Kouns doesn’t, because of the weather. Even farms in Oklahoma and Texas and other parts of the nation are struggling with weather, too, and therefore have little or no hay.