You are at:Home»Current in Geist»Geist Cover Stories»Knee-high by the Fourth of July?: Local farmers are experiencing difficulty planting crops due to wet weather

Charlie Jacobi planted his first crop was in 1962. A third-generation farmer, he’s familiar with weather challenges, but he’s never experience a planting season as wet as this one.

“This is a record as far as that goes,” said Jacobi, a McCordsville resident who farms corn, soybeans and wheat on 2,000-plus acres. “This is one for the record books before it’s done. (1981) was the closest one to this year at this point. The weather did straighten up then, we got a crop in the ground and had a pretty good year that year.”
Most years, Jacobi begins planting anytime after April 10. Last year, he finished planting corn May 8 and soybeans May 11. This year, the weather and fields have been so wet, he didn’t start planting corn until June 3.

McCordsville received 4.8 inches of rain during a 10-day stretch in early June.

Besides forcing planting delays, wet fields and rain cause other problems. When seeds are planted, rain can either flood them out of the field or cause them to rot. Frequent rain also leads to a higher prevalence of fungal diseases and can force farmers to work inordinately long hours to hurry planting during respites of dry weather.

Jacobi typicall doesn’t work on Sundays unless he is behind in planting, but this year he hasn’t even been able to get in the field on Sundays.

“People know if they see him in the field on Sunday, they know we are really behind,” Shirley said. “We haven’t even had that opportunity.”

McCordsville farmer Steve Vail said it’s important for farmers to stay safe, even if they’re in a hurry.

“You can get in a hurry and there are lots of hazards with farming,” Vail said. “We are all reminding each other that there are still a lot of hazards and just to remain safe and not get too far ahead of ourselves.”

Vail typically plants 50 percent corn and 50 percent soybeans in his 1,200 acres, but he said he’ll be heavy on the beans this year because beans have a shorter growing season. This year, he expects to grow 80 percent beans and 20 percent corn.

“In my personal opinion, people can expect to pay more for food,” she said.

An adage says corn should be knee-high by the fourth of July, but with modern farming technology, corn is usually much further along by then. The saying may prove true this year, though. 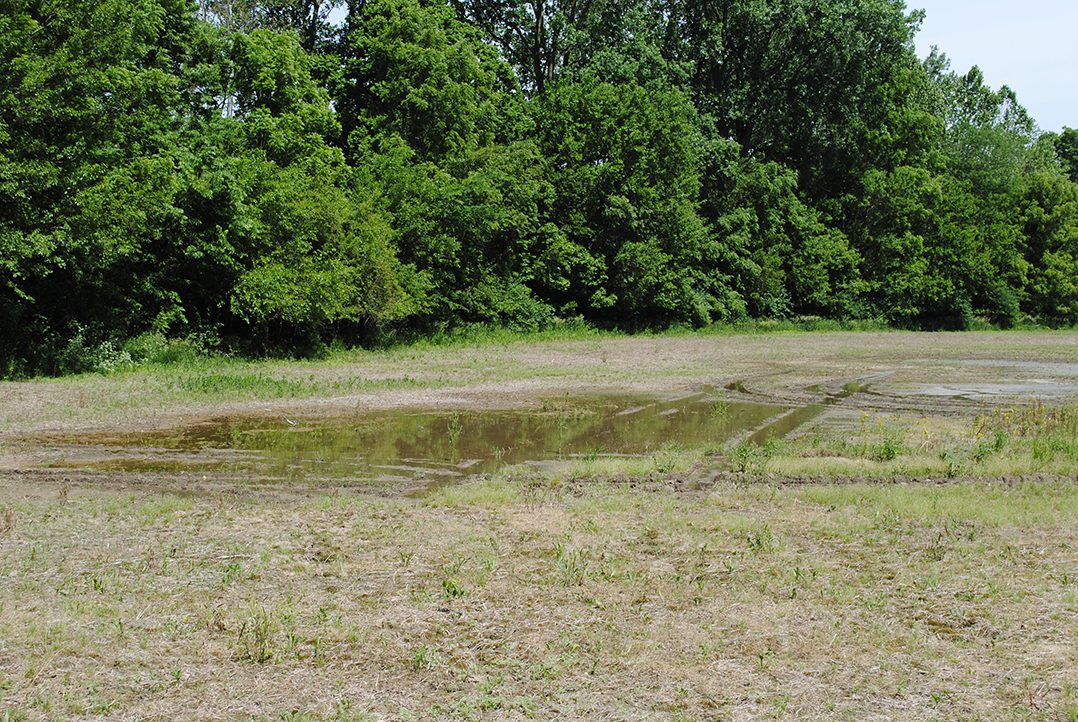 Lately, farmers will still have fields sitting fallow, or they’ll have to plant their crop around pools of water.

“I talked to a farmer in North Carolina and they’ve had the opposite. They’ve had drought,” Jacobi said.