Henthorn started putting material together shortly after his first album “Cold Medicine” was released. However, he had some doubts as to what direction he should take. 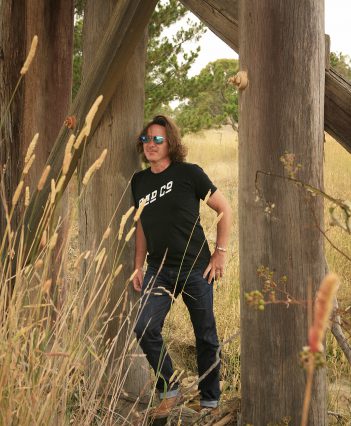 “‘Cold Medicine’ was a bit dark and my first swing at a singer/songwriter-type album,” he said. “I’d sung backups on a couple John Hiatt records prior to ‘Cold Medicine,’ and he really inspired me. But following the same path for the next record was a bit depressing. I eventually decided that I needed a fun record, and a follow-up to ‘Cold Medicine’ didn’t have to be so damn serious. So, I floundered all the way up until October of 2018 when I just spent an entire day with this one guitar and a little practice amp that suddenly inspired me. I put together the basic bare-bones ideas for the whole thing in one long day.”

The Westfield resident will celebrate his second full-length album release, “The LLC,” with a June 21 concert at Radio Radio in Fountain Square in Indianapolis. Doors open at 8 p.m., with opening performance by the Shelby County Sinners. Tickets are $10 and will include a copy of Henthorn’s new CD.

After “Cold Medicine” was released in 2015, Henthorn learned he had parotid gland cancer. So far, the cancer has not returned.

“I have to go in every six months for an MRI of my head and neck to make sure it’s not making a home there again,” Henthorn said. “I noticed a lump behind my ear around the time ‘Cold Medicine’ was done and like most guys I just ignored it. Eventually, it drove me in, and I had surgery and what seemed like a million rounds of radiation. They had to sacrifice a facial nerve branch, unfortunately, so I have trouble blinking one eye and I have a smile now that looks more like a wince. Cancer sucks. It takes things away. It took away my smile, but I got lucky because it’s taken a lot more from a lot less-deserving people than myself.”

Henthorn formerly fronted Healing Sixes, which amicably split up in 2014.