You are at:Home»Current in Carmel»Carmel Community»Congregation Beth Shalom rabbi to retire

Rabbi Stanley Halpern proved to be a great fit for a young synagogue.

“(Halpern) came at a time we needed coaching, nurturing, support and guidance,” said Beth Lande, president of Congregation Beth Shalom and a member of one of the founding families. “It was a good partnership.” 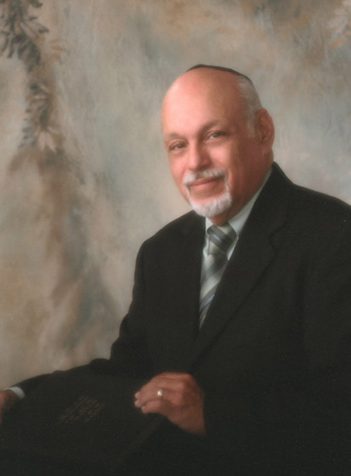 After seven years, Halpern is retiring as part-time rabbi of Carmel-based Beth Shalom, a reform congregation. His last service will be June 28 with a party to be held June 29 at Maggiano’s in Indianapolis. Halpern will be rabbi emeritus. Justin Kerber, who is moving with his family from St. Louis, will start as Beth Shalom’s full-time rabbi Aug. 1.

Before Halpern accepted the part-time role at Beth Shalom, different rabbis conducted services at the reform synagogue founded in 2010.

“The congregation had aged, and about a quarter was over (age) 90,” Halpern said. “When I came there, they really weren’t expecting to survive and they grew from about 70 families to about 150, then aging set in and it was time for me to go part-time.”

When he and his wife, Carol, moved to Zionsville, he traveled every other weekend to conduct services in Gary.

“Then, I found out about Beth Shalom, and the fact it was a new, small congregation was very appealing,” he said. “The number of people that I had connections with here was remarkable. It was exciting that people were trying to build a family oriented congregation. They said, ‘How about conducting services?’ And the next thing you know, I was their rabbi. It worked out very well.”

Beth Shalom, which moved to a new building in January 2018, has grown from 35 families when Halpern started to 85.

“We have a growing religious school,” Halpern said. “We needed a place with a larger sanctuary. Where we were before was too small. It’s not our forever home, but it will do us nicely until we outgrow it.”

As rabbi emeritus, Halpern doesn’t expect to be at Beth Shalom for every service.

“The new rabbi has to establish himself,” Halpern said. “We all have our own ways of doing things, and he has to be allowed to do that. If I can help the new rabbi, I certainly will, but my job is to stay out of his way.”

“We love theater and ballet, so (this will be) a chance to see a lot of that,” he said.