You are at:Home»Current in Zionsville»Zionsville Community»Styron to run as Democratic candidate for mayor

Zionsville resident Emily Stryon said she’s running as a Democratic candidate for mayor  in the Nov. 5 election because she believes the town isn’t meeting its full potential.

“I was really supportive of the step for reorganization and to hire a mayor and make that a possibility for the town,” she said. “For me, I felt like we were going to open the door for a fundamental shift in how Zionsville was going to operate as a town.” 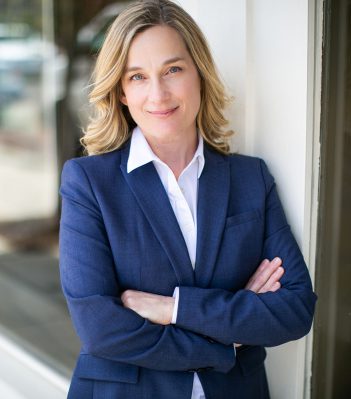 If elected, Styron said more work should be done outside of Town Hall to generate economic development opportunities.

“The tipping point of putting my name in for the race was when the town invested in developing Creekside Corporate Park and five years later, it is mostly empty,” she said. “There’s no rational reason why Creekside is empty.”

Styron moved to Zionsville in 2000. She said she was optimistic the town’s future. But her outlook has changed during the past four years.

“I don’t see any of that vision being accomplished,” she said. “In fact, we spent some money on a handful of initiatives, and they don’t seem to align with the priorities that the residents and business owners I’ve talked to have for the town.”

“The crux of it is I’ve got 25 years of working with local government,” she said.

For more, visit Emily Styron for Mayor of Zionsville on Facebook.