Samara Norris was working at a small boutique as a Heritage Christian High School sophomore when she encountered a woman with a Miss Indiana shirt. 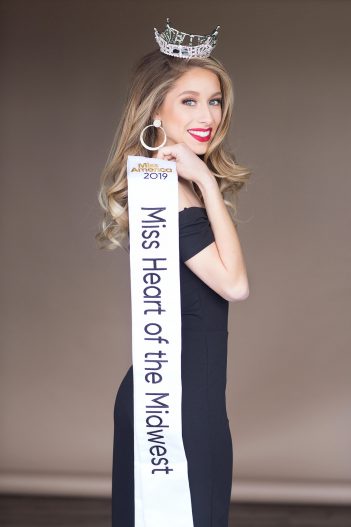 Samara Norris will compete for the first time in Miss Indiana later this month. (Submitted photo)

A conversation started, and the woman encouraged her to try the pageant world.

“For almost four years, she had been sending me paperwork, telling me to do it,” Norris said. “College came around, and I thought, ‘I’ll just do it.’”

After being fourth runner-up as Miss Purdue in November 2018, the Noblesville resident qualified for the Miss Indiana competition by winning the Miss Heart of the Midwest crown in Indianapolis in January. The director of the Heart of Midwest was Chloe Anagnos, the same woman who had been encouraging her to enter.

“Now, she gets to lead me through Miss Indiana, so it’s kind of cool,” Norris said.

The Miss Indiana competition is June 15 at the Zionsville Performing Arts Center.

Miss Indiana is part of the Miss America system, whose officials announced in 2018 it is no longer a pageant and dropped the swimsuit portion.

“I think I always wanted to try it,” said Norris, who will be a Purdue sophomore this fall. “I just didn’t think I could actually do it. It just hit me to try this. It was good for me to be surrounded by other beautiful, well-rounded women and not feel like I’m comparing myself to them and just to be able to have enough confidence to do that.”

Norris started a YouTube channel under the name Samara Faith when she was 15, performing her own spoken-word poetry.

“I had a huge passion for that, and it connects with a lot of young women,” Norris said. “Everyone wants to be so glam and perfect-looking, and real life isn’t like that. My spoken-word poetry piece was on beauty and what it means to be a woman. Singing is basically like my spoken-word poetry but with a tune to it. I wanted to do something where I could play my guitar and push myself a little more.”

Norris auditioned for “The Voice” as a freshman in high school. She made it through three preliminary rounds.

“I had one more round to go (to make the show), but I didn’t make it through that,” she said. “I competed two more times and never made it through. I’ve been writing for a long time.”

Norris leads worship by singing at White River Christian Church in Noblesville and a church at Purdue.