You are at:Home»Current in Carmel»Carmel Community»Carmel’s new school buses will have cameras to catch drivers who don’t stop

On April 23, Carmel Clay Schools counted the number of drivers who failed to stop for the flashing lights and stop signs on their school bus’s stop arms. The count, part of a state requirement for all Indiana school districts, revealed a shocking number: 63 drivers had failed to stop in a single day. At that rate, it could be estimated that more than 11,000 drivers per year are failing to stop for Carmel school buses. 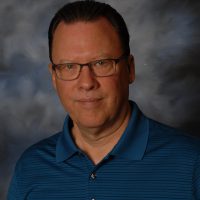 To address the problem, Carmel Clay Schools will add 17 new school buses to their fleet, all with cameras that can record stop-arm violations as they happen. Ron Farrand, CCS director of facilities and transportation, said the upgraded buses will eventually be standard in the district.

“The bus purchase is an annual purchase, so we replace a certain amount of buses every year,” Farrand said. “From this point going forward, on all our neighborhood buses, they will have the outside cameras installed.”

Farrand said the cameras will allow CCS to record the license plates of stop-arm violators. The video evidence can be downloaded and passed along to the Carmel Police Dept.

Although CPD and Farrand confirmed that there have been no recent accidents involving stop-arm violations, Farrand said adding the new cameras will help fulfill the school district’s mission to keep students safe.

“We were only one school corporation out of the whole state that people have seen a number for. If we had 63 violations, then think about the numbers in some of these urban districts with the busy streets.” Farrand said. “At some point in time, we’ll get a release (with total violation numbers) from the state, and it’ll be in the thousands. It’s astounding that people are so careless.”