You are at:Home»Current in Zionsville»Zionsville Community»Camp Invention emphasizes STEM, returns to Zionsville and Fishers

“It’s a hands-on STEM (science, technology, engineering and mathematics) camp so kids not only get to work with their hands, they are working in groups,” Hale said. “Almost everything is group oriented, so they learn to work with other kids. It’s a different theme every year. The camp directors do a great job of mixing it up, so kids that come back year to year don’t get the same thing. The favorite part for the kids is when they take apart common items like leftover VCRs from home and repurpose them and create something new. It challenges their imagination.” 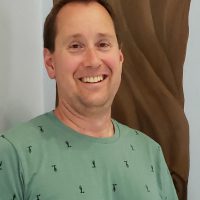 Hale said the nonprofit summer enrichment camp is designed for children entering kindergarten to those entering sixth grade. This is the 10th year in a row that it has been held at Zionsville and the eighth Hale has been directed it. The camp is set from 9 a.m. to 3:30 p.m. June 10 to 14 at Zionsville Community High School Freshman Center.  Hale said people have come in and registered on the day it starts.

Hale said most of the campers typically come from the Zionsville, Carmel and Brownsburg area.

“I’d say 40 to 50 percent of our kids are return campers,” Hale said. “We have a couple of kids going in to sixth grade who have been doing it since they went into first grade. It’s cool because you get to see them grow up.”

The script and materials for the camp are provided by the National Inventors Hall of Fame. Hale uses four teachers that instruct while he oversees the camp.

The camp is being held the same week at St. Louis de Montfort School in Fishers.