Statistics from the FBI’s Uniform Crime Reporting show that crime in Noblesville is declining.

FBI data shows a 34 percent reduction in Part I crimes, which consist of violent and property crimes, from 2016 to 2018.

“Public safety is the No. 1 priority of our community,” Mayor John Ditslear said. “Despite our continued population increase, the city’s crime rates have dropped for three consecutive years. This is a testament to the tireless work of our police officers to ensure Noblesville is a safe city for our residents and guests.” 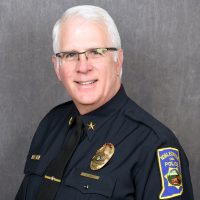 “These are significant, double-digit drops in our crime rate,” Jowitt said. “We knew this approach would work but these results were beyond our expectation. I am unequivocally committed to the safety and protection of this community, and these stats are evidence that our initiatives and efforts are producing results.”

Jowitt said the police department is encouraged to see the trend continue. Through March of this year, Noblesville has had a total of 148 Part I crimes reported. Compared to the 153 reports in 2018, the figure is a 3.2 percent decrease in the past two first quarters.

“With the addition of our POP and Crime Analysis units, along with the relentless work of our patrol and criminal investigations divisions, we are taking every step to ensure that Noblesville remains one of the safest cities in Indiana,” Jowitt said.

In addition to the policing changes, the department is implementing new outreach initiatives, including Coffee with a Cop, neighborhood crime watch programs, Citizens Police Academy, National Night Out and expanding its social media presence.