Rose Schnabel not only scored a 5, the highest possible score, on her Advanced Placement Spanish Language and Culture Exam, she was one of only 100 students in the world to answer every question correctly.

Schnabel, a Zionsville resident, has been a student at the International School of Indiana since fifth grade. 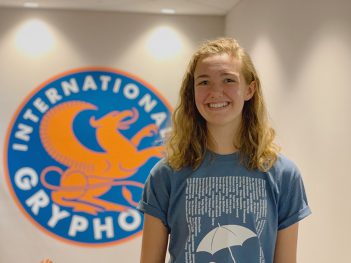 Rose Schnabel is a Zionsville resident who was one of only 100 students in the world to score perfectly on the Advanced Placement Spanish Language and Culture Exam. (Submitted photo)

“Before that, I was at the Montessori school in Fishers, and in fifth grade I decided to do an immersion program, which is a half-day in Spanish entirely and the other half in English. The beginning was definitely a bit of a shock,” Schnabel said. “Essentially, you’re doing the same curriculum in English and Spanish.”

Schnabel said she was overwhelmed at first because most students at ISI already had exposure to Spanish because they were younger.

“I picked it up pretty quickly. I had some great teachers and I wound up where I am today,” she said.

However, when Schnabel finished the AP exam in spring 2018, she didn’t expect to score perfectly.

“When I took the test, it was a lot of familiar material, but by no means did I think ‘I got this in the bag,’ she said. “I thought it was a difficult test and was proud of what I had done and that I might’ve missed some things here and there, but when I got the letter I was absolutely shocked.”

Schnabel wants to attend Yale and double-major in biology and Spanish.