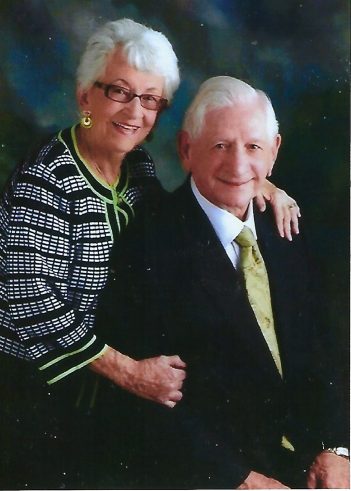 Tom and Lois Paino of Carmel will celebrate their 75th wedding anniversary May 23. They met at Central Bible Institute in Springfield, Mo., during their freshmen year the fall of 1941. They were married in the school chapel the weekend of graduation.

At the age of 19, Tom took his new bride and entered into full-time ministry in a storefront church in East Chicago. Their firstborn child, Thomas Paino, III (Tommy) was born while in East Chicago. Later, they pastored the Assemblies of God church in St. James, Minn., where their second child, Susan, joined the family. They went on to minister in churches in Covington and Evansville, where their third child, Timothy, joined them. In 1956, the family returned to Indianapolis to join Tim’s father in ministry at his home church, West Side Gospel Tabernacle. It wasn’t long before their fourth and fifth children were added to the family, Tracy and Troy.

In 1968, Tim led the congregation in a move near the newly constructed I-465 and changed the name to Lakeview Temple, now known as Lakeview Church. At the same time, he orchestrated the building of Lakeview Manor Convalescent Center. Lois founded and directed a Christian day care and elementary school, which grew to 400 students.

They retired from pastoring in 1994 but continued leading ActioNow, a missions fundraising organization, for the next 20 years. Tom and Lois have traveled to 62 nations to minister and oversee construction of churches, Bible schools, hospitals and orphanages.