You are at:Home»Current in Zionsville»Zionsville Cover Stories»Revving up: Zionsville resident has worked the Indy 500 since 1978

Scott Gauger said he was basically born into the Indy 500.

The Zionsville resident attended his first race when he was 6 years old in 1966. He grew up on the Indianapolis-Speedway border and rode his bicycle near the Indianapolis Motor Speedway before he began his career there. 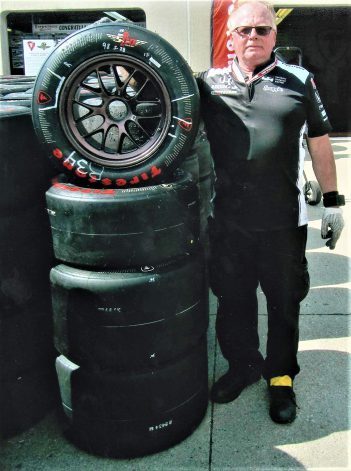 Scott Gauger worked tire support for the Andretti Autosport’s winning team at the 100th running of the Indianapolis 500 in 2016. (Submitted photo)

“This is why I was a blessed kid. Everyone in my neighborhood was either a driver, mechanic or they were TV personalities,” Gauger said.

By the time he was 13, working the IMS became a lifelong career.

“The old drivers snuck me in their garages to (help work on cars). They’d sneak me through the side gate before I was old enough to be in the garage area,” Gauger said. “They had me do odd jobs and then I had people ask me to start to work for them.”

These, Gauger barely steps foot into the IMS Museum or garages without employees waving at him, slapping him on the back or exchanging fist bumps and handshakes.

He officially began working with IndyCar teams in 1978. He said he’s done a little bit everything during his career.

Gauger is now on the tire crew for Meyer Shank Arrow Schmidt Peterson Motorsports. He worked for his first winning team –Andretti-Herta Autosport — in 2016 when driver Alexander Rossi won the 100th running of the Indy 500.

This year, there are four drivers on the Meyer Shank Arrow Schmidt Peterson Motorsports team. They are James Hinchcliffe, Jack Harvey, Oriol Servia and Marcus Ericsson. 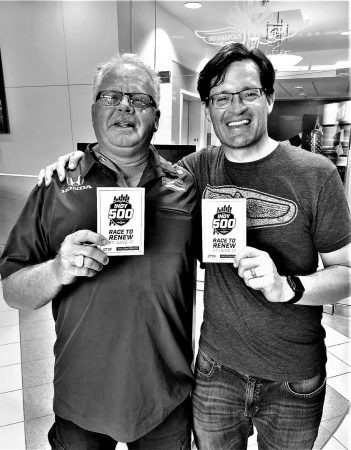 Although working on winning teams was a special thrill, Gauger doesn’t recall a “favorite” race. For him, each was special in their own way.

Gauger acknowledges that his favorit part of each race is the start.

“The build up, the drama, the hype, the atmosphere here, it’s electrifying,” he said. “There’s nothing in the world like it. The emotions, the sights, the people from all over the world that come here. There’s generation after generation that come here.”

Gauger works other select races during the season, but he’s always at the Indy 500. For 40 years, he worked at UPS during the offseason.

During May, Gauger often puts in 16-hour days in preparation for the 500.

“We set up the pits every day we do this. We come out here and make sure we have the wheel guns and everything set up to make sure we can work on that car,” Gauger said. “Several engineers will follow everything that car does. It’s like watching an airplane. They watch everything that driver does.”

Gauger tried his own hand at race driving in Formula 4 in the late 1970s and early 1980s but gave it up because of the costs to run the series. For example, at the Rolex 24 at Daytona, Gauger’s racing team spent $150,000 on tires for two cars.

But Gauger enjoys working outside the cockpit. Physical preparation for the crews begins about a week before the Indy 500, but Gauger said race preparation essentially continues year-round.

“(Preparing for the Indy500) is basically a week of setting up and preparing things for the race itself,” Gauger said. “As soon as that race is over with, they start thinking about what they do next year. Everyone wants to win this race.” 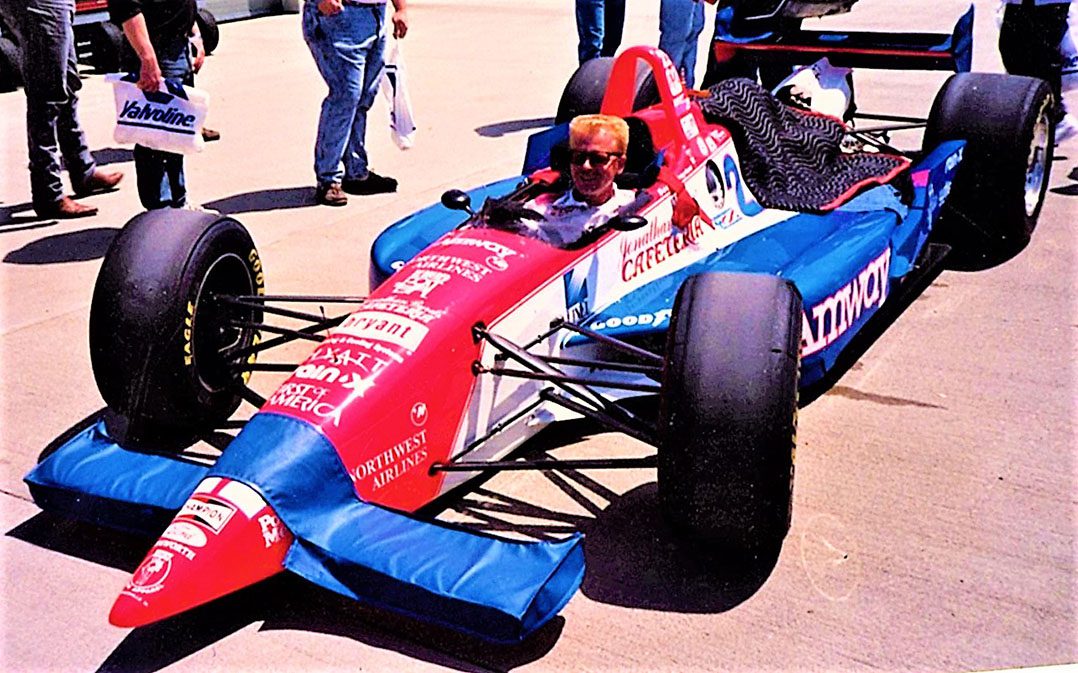 IndyCar by the numbers