You are at:Home»Current in Geist»Geist Cover Stories»Golf at the Fort: Course ranked No. 1 in the nation for layout

Central Indiana golfers don’t have to travel far to play one of the nation’s top public courses. The Fort Harrison Golf Resort in Lawrence was ranked No. 1 in the nation for course layout on Golf Advisor in 2018, followed by Bethpage Black in New York.

Golfers can fill out a form on Golf Advisor to rate courses after they play a round. Layout quality is among the questions.

“It doesn’t mean we are going to be hosting U.S. Opens or anything. What it does mean is our customers consistently ranked us a five-star layout more so than any other course in America,” Fort Harrison Golf Resort’s PGA Director of Golf John Swan said. “We kind of brag about it now. The No. 2 course is Bethpage Black in New York, which has hosted two or three U.S Opens and (is) hosting the PGA championship (this month).”

Golf Advisor rankings only apply to public courses. Private courses are not included.

The Fort Harrison Golf Resort was originally designed as a nine-hole course when Fort Benjamin Harrison was an active military base. It was converted to 18 holes in the 1970s by Bill Diddle. It was then redesigned by Pete Dye, a Carmel resident, and Tim Liddy when the fort was decommissioned in 1995. That same year, 1,700 acres of the 2,500-acre fort was turned into a state park and nature preserve. The original nine holes were part of the base and believed to be designed by the Army Corp. of Engineers.
“What’s great about that (the Golf Advisor ranking) obviously is, and we’ve known this for a long time, it’s people of Lawrence have access to one of the best golf courses in America right here in their back yard,” Swan said.

Swan said the ranking may attract more golfers to the course.

“We hope so. We think it will. We are proud of it,” Swan said. “If you’re an avid golfer and you’re traveling to Indianapolis and you’re looking to play, you’re going to want to play at what’s regarded as one of the better golf courses in the area, so we really think it could help in that regard.” 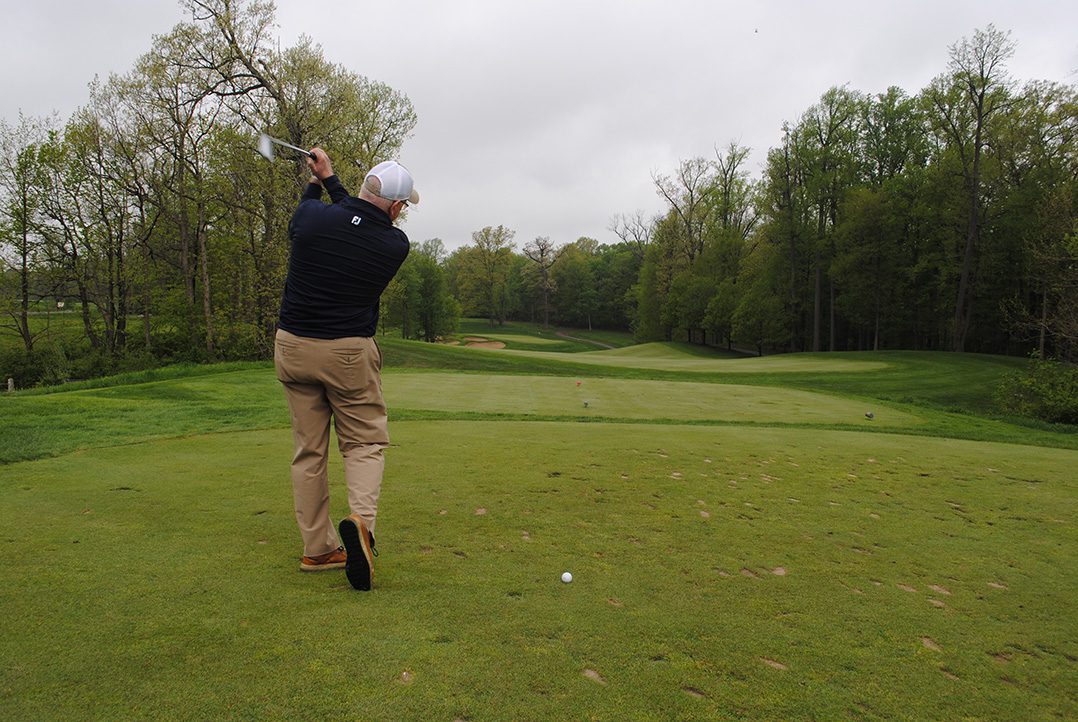 Views on the course

“Pete Dye is very famous, and he has created numerous top-quality golf courses, but they are also known for being very difficult golf courses,” Swan said. “The views we have here are much more different than what you see in central Indiana because it’s very hilly. Typical golf courses in Indiana are cut out of old cornfields. We have a ravine through here. Because it’s surrounded by the state park and always will be, there are no buildings on this golf course, which is very rare anymore. Typically, there are homes all over a golf course.

“People love that they can come here, 20 minutes from downtown Indy, and it’s very secluded. Once you get out on the second tee, you’re surrounded by trees and its really very peaceful out there.”