You are at:Home»Current in Carmel»Carmel Community»Former CRC director Olds dies after fall 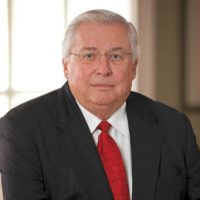 Architect Les Olds, who served as the executive director of the Carmel Redevelopment Commission from 2004 to 2013, died May 18 after falling off of a ladder at his home, according to city officials.

“His guidance was instrumental in helping our administration and the city council have the confidence that we were on the right track when it came to the redevelopment of the heart of the city when few suburban communities were taking such bold steps,” Brainard stated in a press release.

Olds, 80, had been serving as a consultant to current CRC executive director Henry Mestetsky.

“Les has been the heart of the city’s redevelopment from the very beginning, as the city’s architect when he was in private practice more than 20 years ago, as the head of the redevelopment commission after his retirement and as a consultant and mentor to me and my staff until the end,” Mestetsky stated. “I was lucky to spend time with Les just last week when we opened our new office. Les’ bright and caring demeanor never changed. He will be truly missed by everyone.”